CNN, world renowned news bureau, has confirmed what we here at Legacy of Steel have suspected for quite some time:  Manalope ebayed his account.  For complete details please check this link.  Of course we were horrified to learn that the Manalope we know and love is no more, that in fact we have been playing EQ with some Daddy Warbucks this whole time.  CNN, the news source that of course can never be wrong, also confirmed that Manalope was responsible for the infamous "Cargelia Training Incedent" -- Cargelia, as CNN puts it, is that dragon in Western Wastes that never has SoW and never roams near SG.  While CNN was hard at work ensuring their journalistic integrity, they also came across undeniable facts that link Manalope to the Al Queda terrorist network.  It seems Manalope (or Osmanalope as his followers call him) came up with an elaborate money laundering program using Everquest and Ebay to fund terrorist operations on a world-wide scale.  In a slightly related story CNN also announced that the Beatles in fact had FIVE (not the previously rumored 4) members -- John, Paul, George, Ringo and Manalope.  We here at Legacy of Steel would like to thank CNN for proving just how much intergrity exists in the world of journalism these days.  Without your hard work, CNN, we actually might have to all start thinking for ourselves someday.

In other news, our new web site decided that it wanted to be like the old web site and took a nice hefty break from the online world this week.  Well, I guess I have alot to update you on although I can't remember what was killed when, I just have some pictures and what not to keep you all happy while you get paid for reading a website at work which would cause your boss to fire your ass in 3 seconds if he knew you were reading it on his dime.

We decided to kill this dude again, even if the beloved gimp pull to the zone no longer works.  Where there's a will, there's a way:

Earlier in the week we spent some time killing snakes. 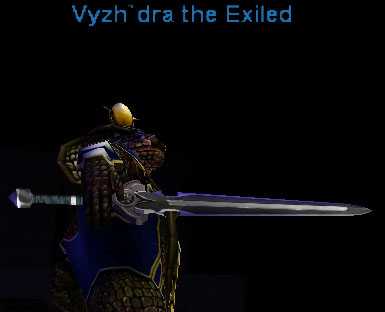 Here's the stats on that sword:

Currently my the sword resides in my fletching kit along with a Reaver from the Statue of RZ and a Blade of Carnage from the AoW, all eagerly awaiting my next trip to Thurgadin where they will meet their final destination:  Tha Hands of Mort.

We also did the AC Ring last night which in case you did not know is officially called, The Ring of Torture.  Other acceptable names include The Ring of Boredom or the Ring of Suck-Ass.  Things were going peachy until, in the midst of Boss 6, 1 enchanter died due to the lag, another enchanter went LD and 2 clerics LD'd as well.  So we cleared the ring and finished boss 6 with no problems.

Lastly, this week we also waxed Stanos so that Dorana could get her High Elf mask.  You know spawn competition is tough when Stanos is dying. . . 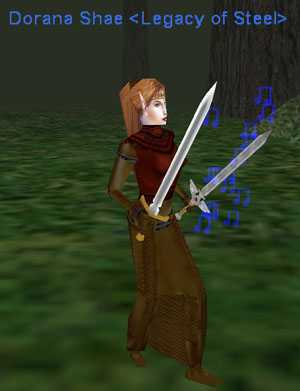 So hopefully the site manages to stay up for more than 24 hours in a row for once.  If it does, I'll try to bring you more frequent updates.  And please if the site does go down, feel free to NOT log in or post on our messageboards about it.  And if you must send someone the obligatory, *Sup-bro-what's-up-with-the-site?* tells, send them to Crazz.  Frankly I don't give a shit. 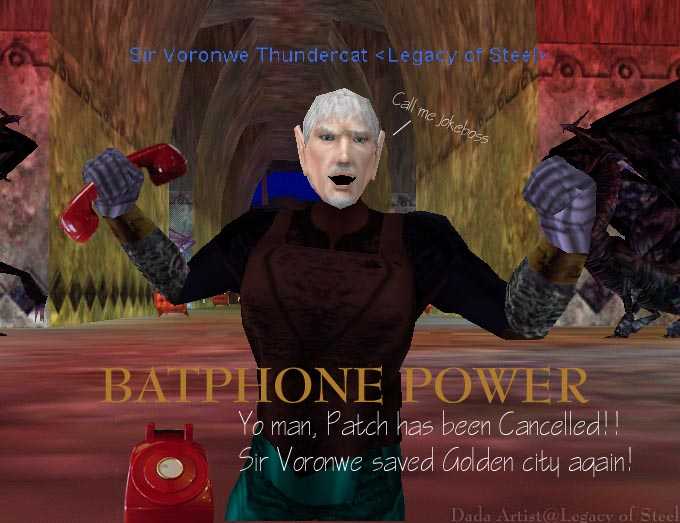 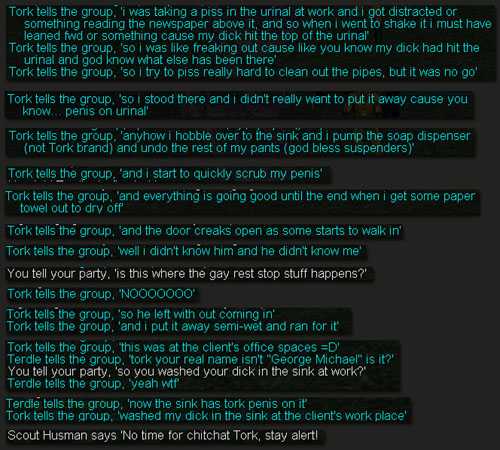 Exp Group Picture of the Day

This is what happens when Ebay Manalope pulls. . . 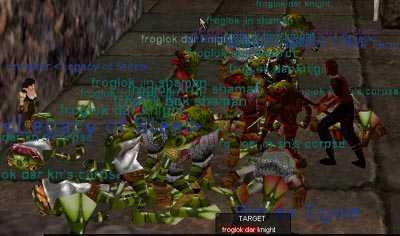 Conversation Between Jangos and Parv. . . .

Assassination of the Day