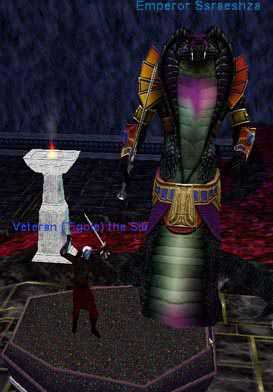 Well looky here. . .if it's not Mr. Emperor Ssraeshza.  I felt as though my precious cack would diminish in size if I could not present to you all a photo of myself and the Big Bossman of the Temple.  You have no idea how long it took me to get that picture taken.  I had to camp through about 30 walls before I could finally sploit my way up to the big mo faka snake that's waiting patiently to be killed.  Unfortunately or maybe fortunately (only time will tell) getting keys is a pain in the ass.  So unless this bitch can be dropped by me and 3 others, well, he ain't dying on The Nameless soon.  I shouldn't speak to fast.  I think I might have found a nice pathing sploit in that lava.  A little Muscle Lock IV, some high damage arrows and a whole lot of running and that bitch is mine.

In other news, our webhost told us that by the end of the week our site was going to be deleted.  So if suddenly you click on that bookmark and get ye ol' 404 error, well, you know what happened.  Apparently, and I am sure some limpdick is going to correct me on this, our site, since January One legacyofsteel.net has gotten 18 **MILLION** hits.  I guess this would all be fine and dandy if we had a web d00d who knew just what the fuck he is doing.  But instead you get me.  Because I left so many images on the front page, and up to a week of updates using lousy compression, we were moving 6 GIGS per **DAY** of traffic.  Oops!  Well, luckily we have some web pimps around here who gave me a swift kick in the nuts and got things straightened out.  Barnabuss, infamous Dorf of Britannica, has come up with a new News Archiving system.  Eventually all the old updates will be convereted to this.  Barn also is responsible for the awesome Gallery section.  Anyway, that's your warning for the night -- if suddenly los.net doesn't exist tomorrow -- just sit tight and chill until we find a host who can handle our traffic.

So getting on to what's been dying. . .well mostly us.  We've found some really cool shit and have been having fun coffining the guild all over Norrath.  Like I am going to tell you what. . .HAW.  I am loving the newfound breathing space that now exists.  But yeah, we still kill some *cough* shit here and there so we can feel ub9r l33t and so that everyone in the EC tunnel knows we have 12 inch limp dicks when they inspect us.

For example, we killed that OH SO HARD Thought Overfiend again!  Only to keep things interesting (cause goddamn that's a boring fight) we let a naked bard tank.  Don't believe me? 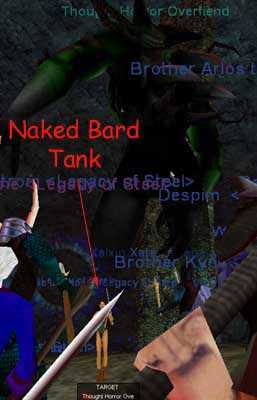 We got so bored during that fight we stopped slowing him =////  (cue gimp at home/office:  Note to self, THO can be slowed!).  Xalxin actually fell asleep -- I shit you not.

We also killed the IV again.  I believe this was the Serverwide FIRST killing of IV version 3.2456 beta: 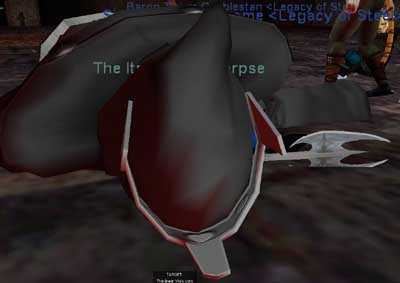 He dropped his usual shitty crown along with this thingy:

We also all died a horrible death to the Shei Whateverthefuck.  I feel pretty good about it.  We had never even seen the guy up before so it was our first time targetting him and pressing A.  He got to half-dead before he killed us all in one masive, AE deathtouch.  He was fun and we went in with almost no l33t insider info.  Fucking Commisioner Gordon was slacking on the other end of the Batphone.  Anyway, here's a picture of the dude who killed LoS tonight: 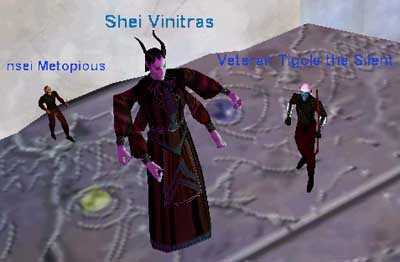 Ok, before I STFU, please remember that the site might tank soon.  Don't come bugging me about it.  I am perfectly aware when my goddamn website doesn't work.  I don't need Tigolessmallcackwebsitedown telling me the website doesn't work.  Things are a bit hectic right now in real life too so chill the fuck out if you go a few days staring at the same bullshit.  Yeah, yeah, I have a real life. . .hard to believe, isn't it? 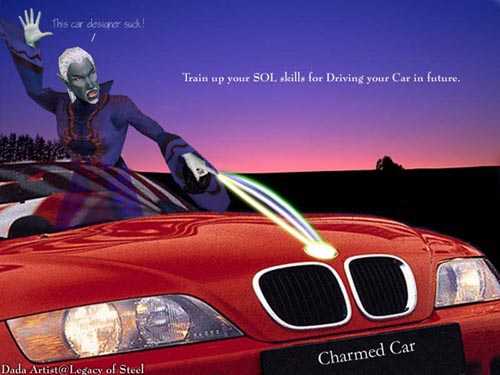