And On The Ninth Day God Said, "Let There Be Phat Lewtz" 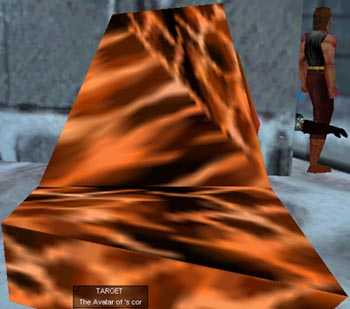 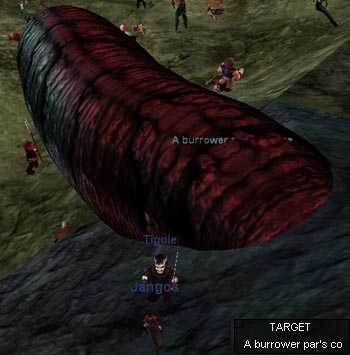 So in the last update I make that wise-ass crack about guilds raiding with 60-80 people and of course what happens?  I schedule the Burrower and AoW and next thing I know we've got 60 people in the raid channel.  Granted a few were twinks including my beloved Bitties sitting AFK in Echo Caverns but goddamn, it was NICE having that many people to take on the Burrower and AoW.  It was laughable how smooth things went.  Feel free to call my a hypocrite, but hot damn, we were a freakin machine tonight.  We literally had time to kill between every wave of the burrower circle.  For all you chumps that take these big-ass raids to that dong-like nemesis we call the Burrower, I highly recommend you send some of your peeps packing and try it with 40 sometime.  40 people doing the burrower is a damned good time -- pure edge of your seat excitement -- a wipe-out waiting to happen.  60 people? pffffft.  Taking candy from a baby.

AoW was pure magic too.  Bzul "Papatank" Target was up for nearly the entire fight.  Our clerics simply own.  I love talking to people from other guilds because they always bitch about how bad their clerics suck.  Yes, modesty be damned, I'll say it right here:  LoS has the best goddamned healing in the game.  The best part?  They refuse to use a cheal rotation =PPPP

So we killed the Burrower and Mr. Ei Oh Dubya like it was freaking Mooto and Slaythe and then we went off to wax some fool in Seru so we can get a key to a mob that we can kill when the moon aligns with Jupiter and then I decide to log early for once.  I am of the opinion that sleep is for the weak.  6 hours is sleeping in for this homey.  But for once in my goddamn life I decide that tonight, especially considering what a FINE night it was, I am going to go to bed early so that I can wake up extra early to TCB as the King called it.  Takin' Care of Business baby.  Well, I log off and am just about to get into bed when I hear a noise from coming from the other room. . .

This is odd, I think to myself.  I walk into my office and what do I see?  My goddamned dog is standing ON the fucking desk with his head buried in a bag of Cadbury's Chocolate Eggs.  As our Jesus-worshipping readers know, Sunday was Easter.  My mom had given me those chocolate eggs and absent mindedly I left the bag on my desk.  Leave it to my 18 pound little cacksugging bastard of a dog to find a way to jump onto the goddamned desk and eat the entire bag of chocolate eggs.  Somewhere, in a galaxy far far away, I had once heard that chocolate is apparently bad for dogs.  My first thought was to shove my finger down the little mo faka's throat and make him yuke it up.  But then I considered the mess that would make and also the general violent nature of such an act.  He might only weigh 18 pounds but Jack Russells have jaws like a fucking Mako shark.  I wasn't about to lose a digit trying to get little Jack to "yell Europe".

My second thought was, "Well, fuck the little bastard -- he made his bed, let him lie in it."  And I was just going to go to bed.  I mean he looked fine.  Sure an 18 pound dog on a few pounds of chocolate is as strung out and hyper as Pookie from New Jack City in a Cocoa field, but hey, he gets what he deserves.  Right?  But then I started feeling a tinge of guilt.  Or something.  I mean what if chocolate is really bad for the dude and sometime in the middle of the night he croaks.  Mondays and Thursdays are trash nights after all so I wouldn't be able to chuck the corpse for 3 more days.  Or what if he shit or puked all over the place?

So being the animal rights activist I am, I call this emergency animal hotline.  This girl answers the phone and I tell her my dog just ate a shit-ton of chocolate.  At this point I am just praying she says, "Chill baby lover, he'll be a-ok."  Instead she starts asking all the details then tells me I better bring him in.  Well, fucking great.  So I gotta schlep my little cacksugging dog halfway to Sierra Madre in the middle of the night.  On the upside I am thinking, "Hey, that girl sounded kinda cute. . .this might not be so bad. . ."  But I get there and instead of some cute vet assistant I gotta deal with some tired old guy who makes me hold my cacksugging animal while he shoves a thermometer up his ass long enough to take his temperature.  And what difference does that even make?  He ate goddamn chocolate.  Make him puke and get it over with.

Once the assistant is done with the dog, he calls in the Vet who I swear to god was that Nazi war criminal doctor.  So Doctor Mengela tells me he's got to give Jack (my little motherfucker) some medicine or IV or god knows what to *purge his system* and then once that's done he's got to give him something to make the *purging of the system* come to an end.  Segue to two hours later. . .the dog is fine.  Two hours and two-hundred dollars later and my chocolate eating bitch of an animal gets to live.

I swear to god, the next time Jack decides to eat chocolate the problem is going to cost me the price of one Hefty bag to fix.  Somewhere out there my ex-girlfriend, the thankless bitch who begged me for that dog in the first place, is out there laughing.  And goddamn she was useless.  Who cares if she could suck a golfball through a garden hose?  The aggravation that the little bastard dog she left me with sure wasn't worth that minor, fleeting gratification.  Jack better think twice about eating chocolate again.  On the upside, the Emergency Animal Clinic is across the street from the In-N-Out, so at least I got a good burger out of the whole fiasco.

Oops, I think I got off subject. 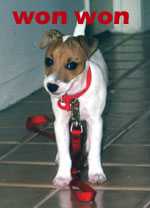