And On The Tenth Day I Updated the Goddamned Website 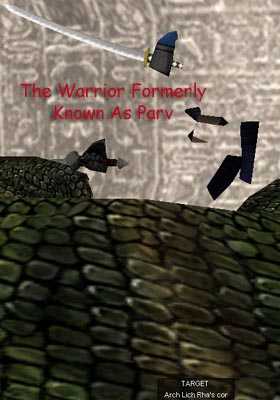 So here it is!  The update!  Tonight we went for the newest version of Mr. Arch Lich.  In spite of knowing his loot table -- most of which sucks a phat cack with one or two Vulak-esque items thrown in -- we wanted to beat him.  We want to beat everything.  And if they keep changing things, or making them harder, we must kill them.  So this guy is a freakin BEAST now.  It's hilarious how up and down this mob has been since the release of SoL (the funniest being that week where slow could not be dispelled -- gg VI).  Now I would rate him up as one of the more difficult *straight up* fights there are in EQ.  In any event, the guild kicked major ass tonight.  We could have farmed a dozen easy Velious mobs but instead we opted to work on Seru keys and kill the latest version of Mr. Snake as seen above.

Speaking of Seru, I can't believe the freakin insanity caused by FoH's killing of that one mob.  People have been acting crazy about EQ, serious pyscho bullshit.  Folks keep asking my opinion on the whole thing.  Well, here's my opinion:  Props to them but I don't have a recipe for a Seru-bane weapon so I could give a fuck beyond that.  Do we have Seru keys?  Yes.  Do we have Earrings?  Yes.  Do we have Seru weaps?  No goddamnit.  Leave me alone.  Don't come asking me for the recipe.  We didn't magically *stumble* upon the recipe, so guess who's SoL in SoL?  We would have loved to be among the first to kill Seru -- but we weren't.  The truth is, from what Furor posted, it sounds like the whole encounter is amazingly fucked up beyond recognition.  Let someone else Beta Test it.  What it all comes down to is you just have to be satisfied with what YOUR guild is doing on YOUR server.  Be happy for others when they do great things -- like killing Seru.  And chill the fuck out and quit acting psychotic over a video game.  If you're name isn't Furor and you're not the one on the Bard-speed horse with the phatty earring  and the Seru kill shot on your hardrive, I suggest focusing on your own goddamn goals and leaving FoH, Furor, and sure as fuck ME alone about the whole deal.

Aaaaaah. . .now that I got that off my chest. . .I'll share some of the stuff we did recently between ub9r raids that I like to call Guild Ego Boosters!  Among these would include the midnight Velketor pull to the zone! 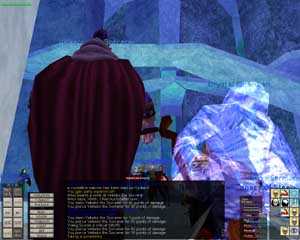 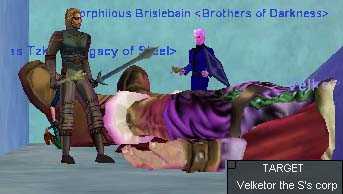 We killed the entire dungeon, then ressed them and gave them the loot.  I don't *think* there are any warnings on my account from that one. . .

Lately, when bored, we go and clear VP.  We can now do it in two hours.  Before our last trip to VP someone asked, "Do we have enough clerics for VP?"  The response was, "Who needs clerics for VP?" 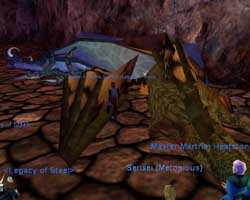 Ok I better stop rambling because I have so much useless bullshit to end this update with.  Here comes the end of the update yada yada. . .

This guy didn't include his Character name in the email and I won't post his RL info, so, this week's Viewer Art comes from Anonymous! 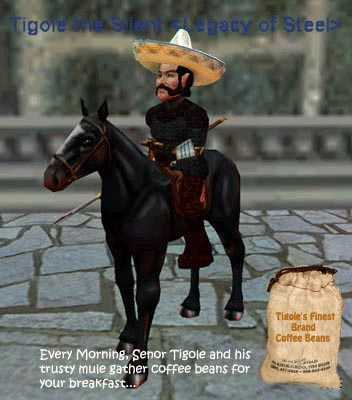 This is truly an epic edition of Stalkers, Wanna-be's and Unoriginal Freaks folks. . .enjoy!

Just wanted to say goodbye and thank you to GM Vinshayr on behalf of Legacy of Steel.  Vin was a great GM for The Nameless and we were truly lucky to have him.  We'll miss you, gnome -- best of luck to you and thanks for making the game the better.