How Do You Own the High Priest? 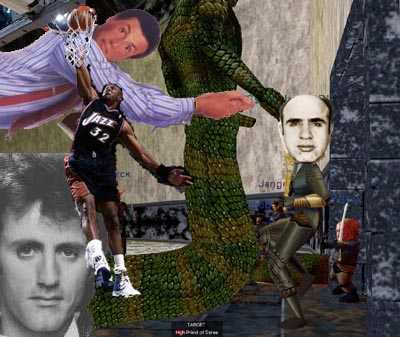 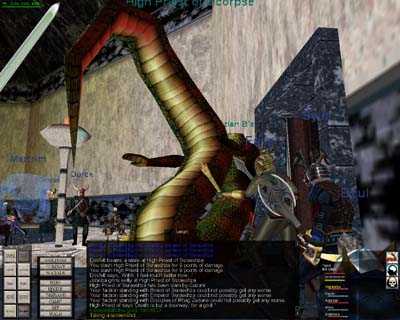 The High Priest had to die.  We were goddamned sick and tired of seeing him up on track.  Although we have killed the High Priest before, we were having some trouble dealing with the new, insane respawn High Priest.  But tonight we came up with the new plan.  Off to the Batphone I went and the Commisioner quickly rounded up all the help we'd ever need to kill the High Priest: Karl Malone, Al Capone, Sly Stallone and of course, the true hero of the evening, Frank Stallone.  Before we knew it there was nothing but a corpse left of the cacksugging snake that had been plaguing us. 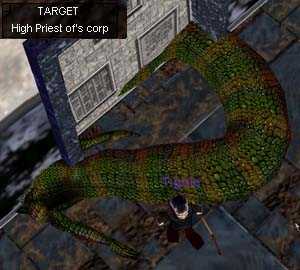 In all seriousness though, I want to give major props to everyone for the absolutely kick ass night of raiding.  The planning and execution of the kill was near perfect.  I want to give a special thanks to Adorean Lew, human wizard and master of arcane teleportation (a.k.a. port bitch).  While our strategies are a collective effort from everyone in the guild, Adorean really helped me keep this raid moving.  But everyone there deserves credit for performing so well.  We zoned in, cleared our way up and killed the HP, simple as that.  Oh, and I guess I should note that we came straight from Kael too.  Of course our buddy the AoW had to die.  No matter how many times I fight that mob it's still a rush.  Of course his loot makes it rather nice to watch him die often as well ;) 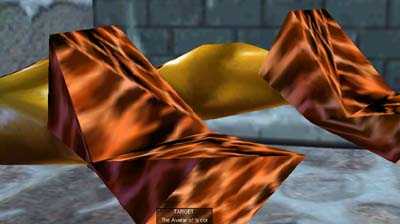 Ok, this update is already a mess of wishy-washy bullshit.  I can't pass the Bar everyday -- yeah, even I run low on material.  Every once and a while you just have to stop and appreciate the phat kills.  Arch Lich, Burrower, AoW, Shei, and High Priest. . .all on first attempts -- not such a bad post-patch hit list ;)  Did I mention how great these mo fakas in my guild are?  Now give me some goddamn recipes and I'll post you some new corpses to look at.