Fun.  F-U-N. . .such a simple concept yet apparently hard to grasp for some.  So rather than waste another night doing the long, tedious bullshit to increase our *uber status* in SoL (a.k.a. "quick, stall 'em, this shit ain't finished yet but sure glad we made the Christmas deadline") we headed off to Veeshan's Peak where it's easy to feel like a God by simply pressing F8 and A.  Have we cleared VP before?  Dozens of times.  Do we need loot from VP?  Not really.  Is killing a 32k dragon a challenge?  Not in the least.  But where the fun came in was setting the goal of posting that Money Shot (tm) for you cacksuggers to enjoy. 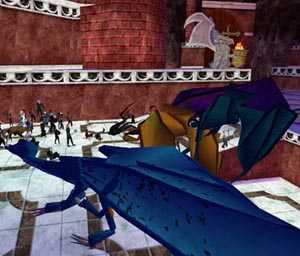 A new section dedicated to maintaining our reputation as the assholes you love to hate on The Nameless. . .

First off, how do you know when Legacy of Steel is raiding in Acrilya Caverns? 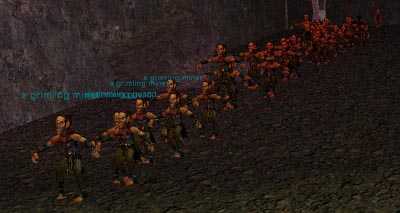 Next up, as Guildleader I am often responsible for handling *community relation tells* such as these:

Guide Staff Quote of the Day

Dedicated to the Stalkers. . .