In a rather alarming development it appears that vicious hackers (also known as hax0rs for our l33t speaking audience out there) managed to break the Everquest Source code.  The hackers, said to be led by the devil-like figurehead known only as Shawn, seem to have altered the game beyond repair.  The hack was first discovered when the guild known as Legacy of Steel (referred to commonly as the Evil Empire on The Nameless Server) killed the High Priest of Ssraeshza only to discover that his loot table was secretly replaced with the Va'Dyn's loot table.  As evidence we have these pictures to show you:

It appears that Shawn and his merry band of Hax0rs have literally destroyed any resemblance of decent loot in Luclin.  As further evidence that this absolutey worthless, steaming mass of fecal matter (a.k.a. loot) dropped off of an encounter that actually requires skill and strategy (unlike the loot-fests known as ToV, THO, Creator, Umbral Plains etc etc) we present you with these photos courtesy of the San Diego Police Department which is currently examining the crime: 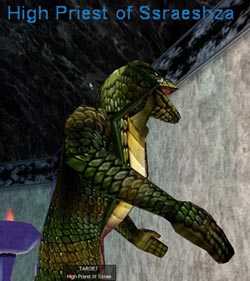 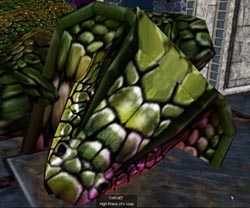 Our deepest sympathies from all of us at the Evil Empire to the poor folks who made EQ.  It must be heartbreaking to know that a project as special as this game could be hacked and abused like it was.  You must feel somewhat violated.  Because we certainly do. . .

Well, we truly had a week of suck.  Sorry to say, but we just blew this week.  Luckily, we had our inspirational leader, Rhap, there to motivate us to reach our lofty goals. . .