Up Where We Belong

If change is a hard thing, then complacency is the devil that lulls one to death one day at a time - and frankly we've been plagued of both recently, much to the delight of some. You know, the same ones that said we were finished when Draed retired, or was it when Tenaj left? Maybe Ariel? Oh yah, now it's Tig. Thankfully, that's just not how things work around here: HGS, yes - drama, oh God yes - but GoP, never. After careful consideration and whatever else those elitist aholes do on the Officers' board, Henric Maelstrom, hero of the Halas bath house, has accepted the reigns and is now LoS's new GM, the boss, and the one you should send tells to complain about Jangos (and Korelor, and China, always fucking China, and... well you get the idea, Henric is going to be a busy man - but between you and me, don't fall for his 'fake AFK' trick).

Anyhow, days of limbo spent shard camping and killing pissant mobs awaiting the white smoke wax tedious and frustrating, but tonight as the first order of business, Henric set about feeding the Beast with the only thing imaginable: momentum. After Andalier's stunning halftime speech, the Evil Empire tore out of the locker room and simply destroyed HP, the basement and Blood in the best executed kills to date - I'd say perfect, but Amulek mod rod'd himself to death... so actually, jeje, perfect.~ 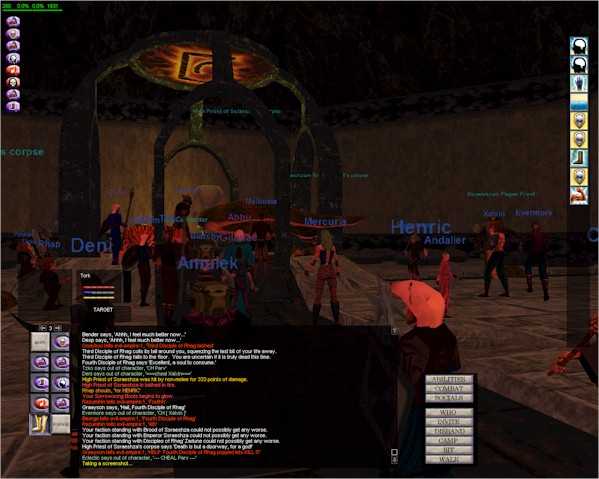 Along with the usual stuff, we got some new caster pants out of the basement, but I sort of tuned out the details in my disappointment - let's all hope for yet more mediocre weapons next time and not junk up the loot tables with ancient spells or other useful drops.

No, the Emp isn't down quite yet, but the Evil Empire is back with a burning fire like when I pee and that smell of diesel fuel in the air isn't from one of Crazz's truck stop bathroom encounters, it's a big fucking steamroller - I hope Nameless enjoyed this small respite, but we want our 2 dollars.

In closing, we're all grateful for the tremendous amount of work Tigole put in to the guild, and while we can't give him the same farewell he honored Draed with, 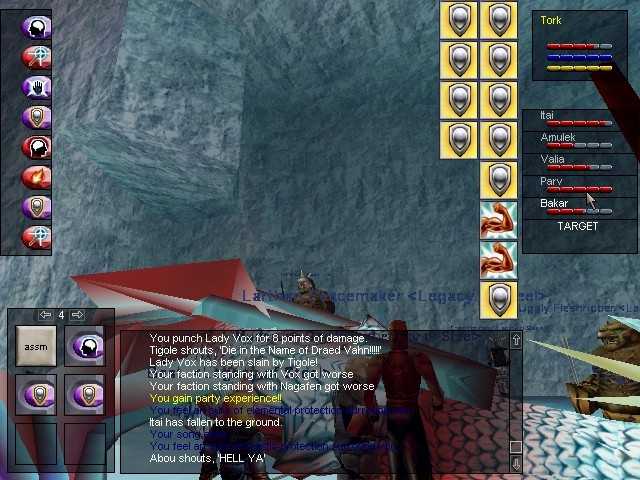 Some hang on to used to be, live their life looking behind. All we have is here and now, all our lives out there to find; the road is long and there are mountains in my way, but we climb the stairs everyday. Love lift us up where we belong - where the eagles fly on a mountain high. Love lift us up where we belong, far from the world below, where the clear winds blow. Time goes by, no time to cry, just you and I alone.

Oh, as if I don't get enough as it is? If the tells I receive each night are any indication, I'm guessing Kinsey's off a good 50%. Actually, I enjoy talking with you random people - some of the most memorable moments in the game have taken place in those late night sessions of EQ. If Dave Attel needs a correspondent, let me know - though to be honest, it's closer to Fear and Loathing in Norrath after hours. It's a tough call to keep this section as I run the risk of qualifying myself, but on the other hand, with the new *floating* GM's, the potential random acts of stupidity are pretty tempting.