Logging back in with res effects for upward of a week means something - and if you said Welcome to Level 59, you'd be right, but the Evil Empire is running wide open and some of the most epic and enjoyable fights continue still - no leet spoilt stacking/blocking/wejuststumbleduponshissarbanereceipe bullshit, just straight up skills and dead rangers. I've been really proud of the way the guild perseveres through what have been some long and at times humbling loses while we're in the midst of transition and the attendant learning curve. Blame it all on Trak, but despite killing that bitch non-stop for months in RoK, we got the shaft and shitloads of SK BPs that still molder in the bank. LoS never had a Donal's Army - we had *1* BP in fact - and thus all the successes of the past are all the more impressive when you consider it was due to simply amazing clerics, not counting to 5 and mashing a hotkey. I suppose we could warm up on CH rotation with AoW, but we're not much on going 11 months in reverse. While the Emp isn't dead yet, the sorry sumbitch is close.

Most guilds would call it a night at blood/emp/coffins... yah right - no GoP. On general principles alone (well, okay - and greed), if it spawned in Ssra, we were all over it like a gnat on a dog's dick. Here's what it looked like when we actually killed the stuff - watching it on SEQ from the zone line must get boring. 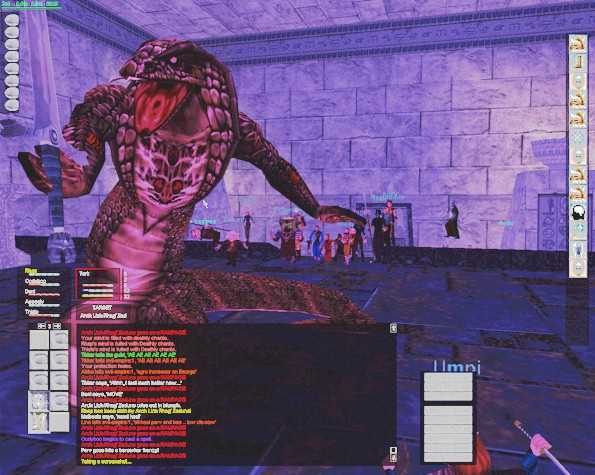 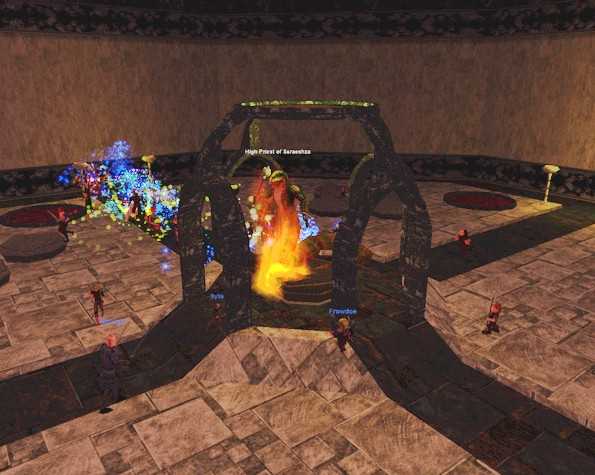 Hahaha, this was where the comedy started - somehow mobs got loose and NO ONE got on the CH adds - HP went from Hi to High Prie as people just stood around waiting for phat loot to fall from the sky or whatever else they do when severe retardation sets in with all the get up and go of constipation. With the cries of 'burn him down!' and 'MOTHERFUCKER!', we somehow pulled out a win, and then started to handle the mess - minus the people who stood around clicking on the corpse (on a personal note, IF YOU TYPE SLOW OR READ ON THE THIRD GRADE LEVEL GET OFF THE CORPSE. K. THX.) or were confused by the enigmatic 'kill the adds!!!!!' 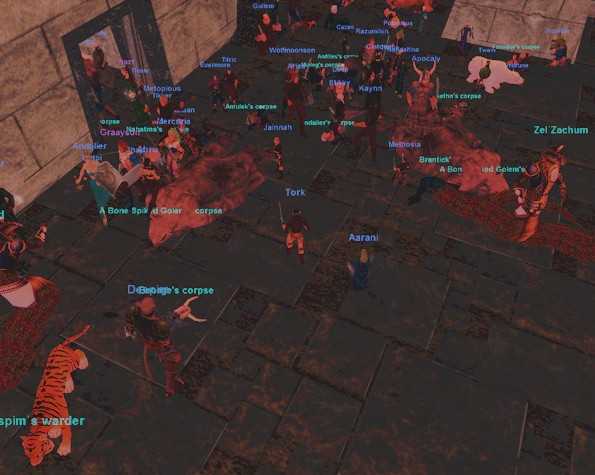 It all ended well though, and while I'm bitching now, at the time all I could do laugh (and cuss) at the spectacle of it all... cause.... you know, it was a textbook kill - you guys on SEQ, do exactly what we did - please.

We got some new loot and followed up with the basement, but I forgot take pictures - here's the result, your usual dead snake with what looks like an extreme close up of a human vagina for the mouth... pussies. 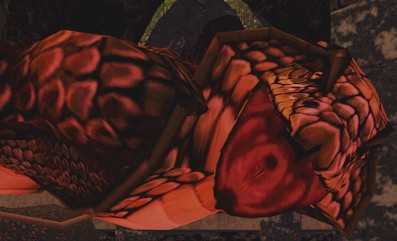 So much to rant about, and don't worry, you'll hear about it soon, but I'm off - logging in with res effects again, 1 blue left in 60 and rarin' to go. I don't know where I'm goin' but I sure know where I've been. Hanging on the promises in songs of yesterday, an' I've made up my mind - I ain't wasting no more time. But, here I go again... Here I go again. 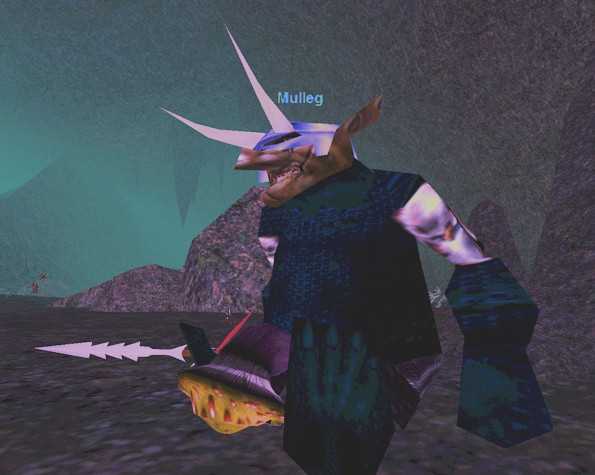