When A Good Plan Comes Together

So you know what happens when LoS gets a big win? That's right - drama. Don't get me wrong, LoS is going to work Emp over hard and go to work on the homes here with a pair of pliers and a blowtorch to quote, but you take 65 people and 40 rifts, well, you do the math even if our members can't. Thankfully VI decided to save the epileptic children of the world and patch today, so we broke out the broom and did a little housework in Ssra for the clean sweep.

Before Emp, the basement needed a little attention, we kicked up a few snakes and shook loose a tunic, BP and a poker - note the text book positioning and dead troll we always strive for: 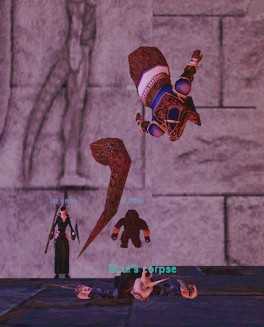 Then on to clearing up the the arch, also known as time to go afk while ninja loggers read the message board to see when CoH is set up. LoS was running like a machine tonight, and the Emp was dead in 28 mins - hell of a turn around from just a few days ago, but success breeds success and I was extremely proud of the guild to recover from an 11 second lag spike vice our usual "run around and die" tactic in similar situations. In one of those ccc yet wuwu ironies unique to LoS, we get our second set of rifts after 2 months of trying and, of course, the key combine is broken.

What we've been missing all this time: Warder MT 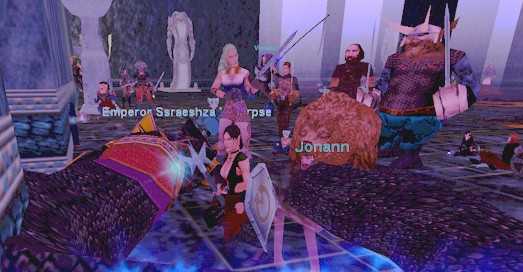 Loot was extremely impressive again tonight - hard to complain, what with a torque dropping, but we got 2 of the bard speed horses... I'm tempted to bid on one so I can destroy it, but I'm sure when Inner AC is revamped, I'll find some comparable bard items, like right click GoK. =P

Yah, I'm happy for my guildmates that get it, bard speed is amazing and one of the biggest reasons I continue to play one, but that doesn't stop me from complaining VI just hands out one of the hallmarks of my class - many would argue, in fact, bard speed is the class defining ability - no one plays a bard to 60 to pump manasong - we have Tcar the autofollow wonder bard of the Tzko Army with 2 pieces of gear and 2 songs total to do that, 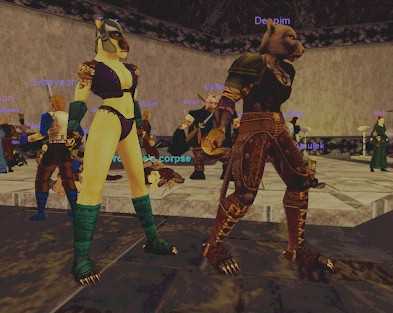 In all seriousness, if you guys would remove and/or increase the speed cap on bards, that'd reinstate one of our class defining features and at least let us know you're working on something in the long list of things to do.

Anyhow, we've got all the rifts we need and I look forward to the day Mort and Gage join us in VT~ if you're interested in buying a rift, send Crazz and Crazz only a tell in-game - but speaking of Vex... 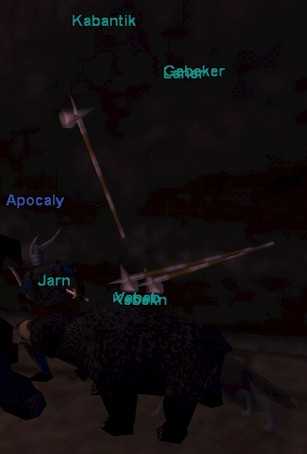 Yes, it's that fucking dark, it's always that fucking dark and yes, we always use cleric pets. In spite of building this wonderful city locked away tighter than the sheriff’s daughter on prom night, the Akhevens haven't mastered the fucking light blub yet. I hate to tell the VI Brain Trust, but making it all dark and shit doesn't hide the fact you used but a handful of fucking models in the entire SoL end zone. I feel a little ripped off - any cack can hit AR and get the nickel tour, but here's a few shots from the inside: 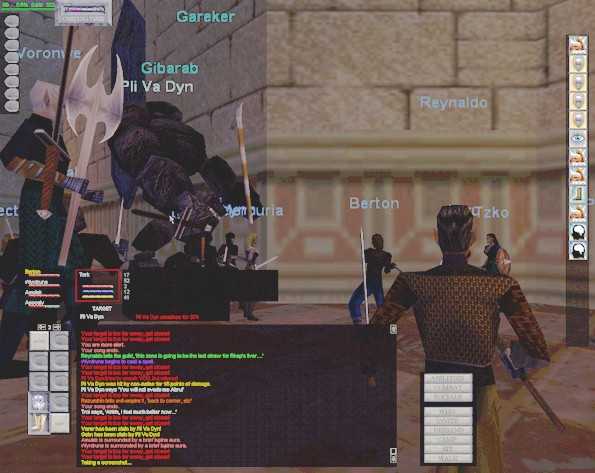 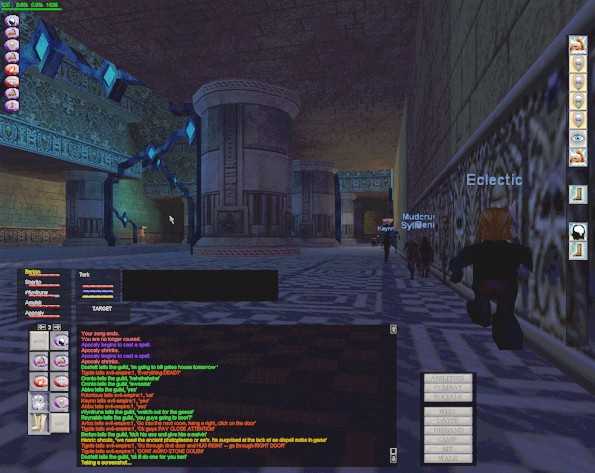 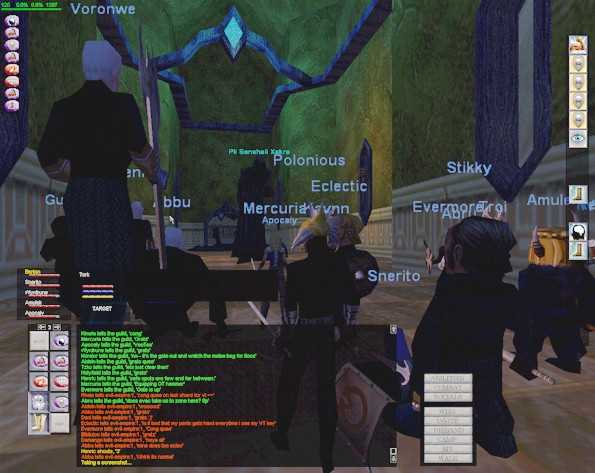 I'm not accusing anyone of shipping this Monty Haul expansion pack, oh, 2-3 months early but at least in NToV they made the chickens different colors - but speaking of colors...

Have you ever shit so bad you experienced a psychotropic color shift? I've experienced it before, always dismissing it as a fluke or perhaps owing to still being intoxicated - Malt Liquor Does It Quicker, eh Billy Dee? - but today at work it was brutal - there was some serious gastric violence being visited upon not only the bathroom stall and mucus membranes of my co-workers, but my body had gone traitor on me.

I knew things were amiss when I had this unholy headache on the drive into work, and a pronounced downward shift in my center of gravity only hinted at the trauma to come - but I paid it no mind as this fucking guy looking under his hood held up traffic for 4fucking5 minutes. Jesus - how many times do you rubbernecking son of a bitches have to see some sorry bastard with the hood up on his car - I mean, motherfucker, he's STANDING RIGHT THERE and doesn't know what the fuck is wrong, your fucking 5 second gawking-can't-tear-your-slack-jawed-mouth-breather-eyes-away diagnosis of the problem isn't going to tell you shit and is NOT worth wasting, again, 4fucking5 minutes of my life - especially when I have 80 pounds of shit with a vengeance in my guts, but I digress...

Anyhow, I'm doing great and forget these things in the face of that angry crescendo of discovery - no turtleheading or other associated cheek quivers of doom. Later in the day, however, I jumped off my desk (don't ask) and inertia got the best out of me - I felt the loadstone snap free of whatever tenuous shackles moored it in place the instant I landed, squatting and bending my knees in instinctive cushion; my brow fevered immediately in a cold sweat and my pupils dilated in as much shock as fear. I waddled, scurried and scooted shamelessly down the hall to the head, afraid to even fart lest I shit on myself.

After a few feints and feigns through the office, I finally found relief in the bathroom, and luck was on my side - not another soul in there. Now at this point, I knew things were gonna be epic and I grabbed the handicapped stall next to the wall - if I'm going to spend 20+ mins in there, I want room to stretch out and take a luxury shit, not to mention railings to grab when things got ugly. Of course, the true reason was that the the handicap stall was so big you can't identify the occupant's feet, and as normally proud as I am of my fecund bowels, with something like this it would have been rough jerking my knees up or kicking my feet out every time unlucky sap opened the door and stumbled upon shit so vile it was peeling the paint off porcelain.

It's almost anticlimactic to go on, but I walked that thin line of consciousness and shat something more akin to a still borne calf of asphalt and road tar than human feces and yet lived to tell about it. With a trace of sadness and the business end a plunger, I triple flushed my fallen foe as the pleasant afterglow of the Void surrounded me... Vale, Vale, Vale.