And we got aced out of everything... except VT! Apparently the random spawn times after a patch leads to lots of competition and healthy racing for spawns between guilds, but I wouldn't know not being in an Asian or European guild. At 5 pac the only things alive from the original reset are those kept under lock and key~

I'm starting not to hate the place so damn bad, but what part of The Vision™ is this? 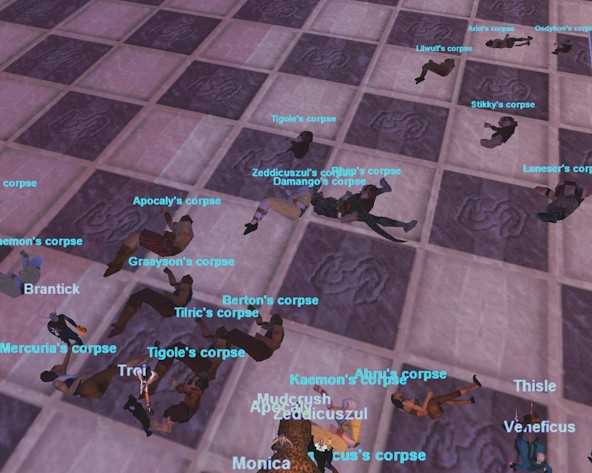 Hot damn, it looks like Jonestown the morning after - add some Reeboks and black sweat pants and we might get a made for TV movie out of the deal. Keeping an assload of corpses around to nurse keys and CoH around VT makes things much easier, but why the hell should a zone be designed so poorly that *this* is preferable to actually playing it through? What was the intent of the keys, other than making us decess, kill a million hp guy, clear... oh yah - stall until PoP. Seriously, path of least resistance...blah blah blah, yah of course players take the easiest route but this is ridiculously absurd. 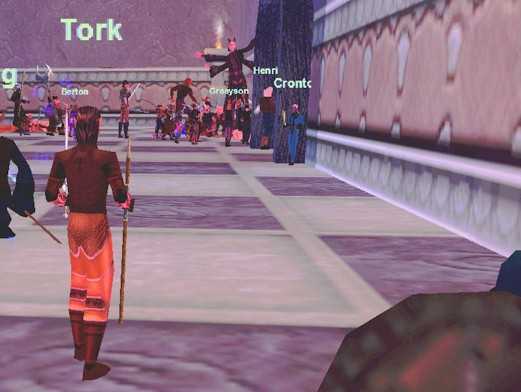 Hint to VI: Silence mobs are NO FUCKING FUN for bards. 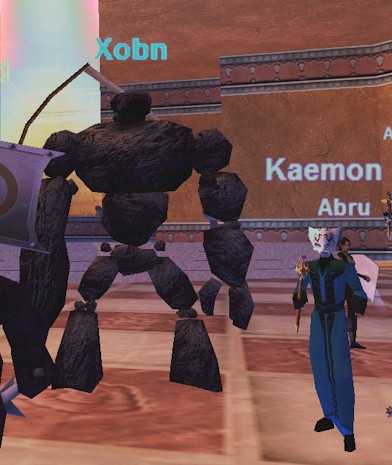 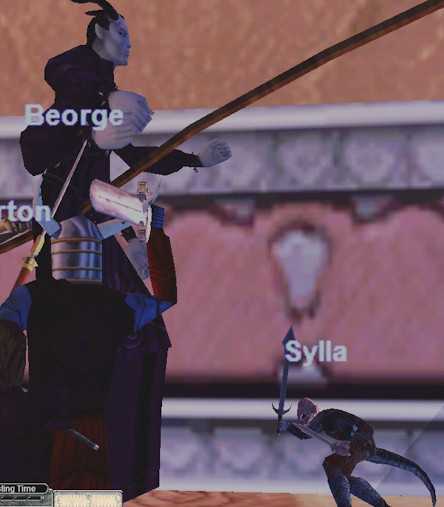 Sylla one-tanks us all thru VT~ gogo clerics! 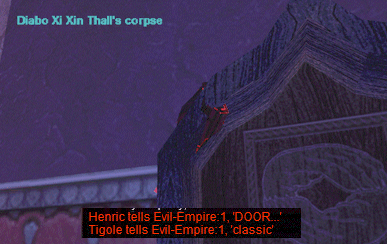 We lost Serv loot way back when killing him in a tree, it's a retard tradition.

Again, if the fags would get off the corpse or send me those screenshots I'm always promised, I'd post the good stuff. =P

Anyhow - enough bitching (for now), like I said, I actually like a few of the fights now. No, not because they are especially innovative or challenging, but simply because they are new and doing them with the core of LoS is a hell of a lot of fun - I'm really reminded of how much this game is dependant on its players and how the guild is on our members. No one logs in incredibly excited by the prospect of killing a host of black sheets with red eye slits (though killing dragons was pretty cool) - in large part, we're left to entertain ourselves, which is why I'm so glad when faced with scenarios like this...

You log in - you have 49 people, 5 clerics and the 2-box crew. The Emp is up and has been up for days, the scent of dirty euro runs afoul in Ssra and Blood spawns - What do you do? WHAT DO YOU DO? That's right Sandra, you CoH people and get ready to stick it to the sumbitch. There's a lot of ways that night could have ended, with a loot and scoot after blood or with us getting cockblocked (we spawned Cursed anyhow~), but seeing the guild press on and say fuck no, going for broke on the Emp was awesome; I honestly enjoy our Emp runs now and it'd been far too long since we'd be up there. Instead, though, of an unceremoniously immediate CR - holy shit, Emp starts going down... and down... and hot dammit, not only are we conscientiously avoiding our phallic obsessions, but we're winning! 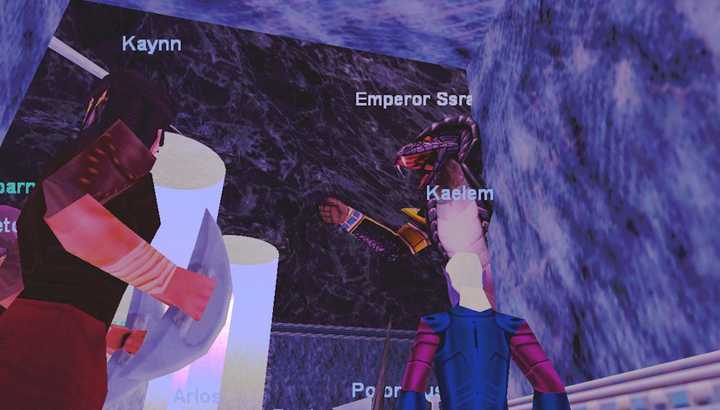 Well, we wiped eventually, fuck that proc - with healing spread so thin it was bound to bite us in the ass, but it was closer than it looked. I'll be the first to admit I fucked up saying 70+ was *required* - 70+ makes it a hell of a lot easier, but with good execution and a few more clerics/secondary healers, that snake is a handbag. Now if Raz will just go LD when he drops that sword... 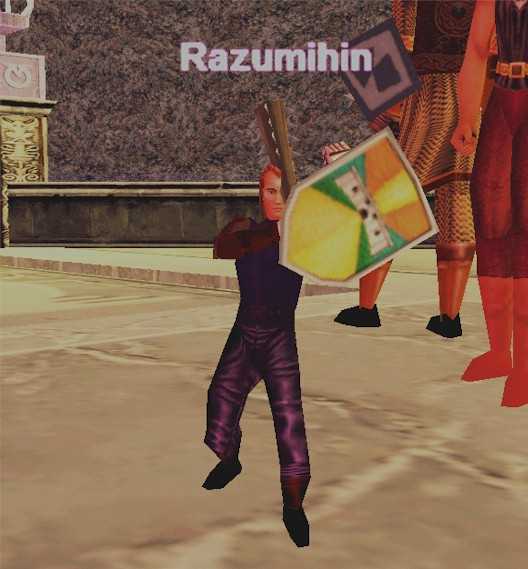 Anyhow, the point is LoS doesn't stop being LoS just because things get rough, we fail a fight or the whole busted expansion sucks cock. Individually, I love you all with affection unspeakable; but, collectively, I look upon you with a disgust that amounts to absolute detestation. No no no, wrong Opera - I meant something from Il Pirata but when it comes to is I'm glad the core LoS continues to login each night, pushing the limit and having fun, even if we did fucking die to RUMBLECRUSH in classic wuwu ccc fashion - but hey, it happens. ;)

Yah okay so I've been travel and doing an update at work is awkward - the alt+tab lifesaving technique doesn't do much good when you've got your video piped up through the overhead for a presentation. Explaining a raft of cut and paste stalker tells is difficult at best and I don't need another "sensitivity training" session, the first one was bullshit enough.

They make you go up to HQ for brain washing awareness sessions wherein you watch a series of videos, almost laughably produced to illustrate *situational* sexual harassment with a little check list you have to mark off if the vignette you just witnessed where "Bob" stood really close to "Jane" as she leaned over the copier, saying "Can you help me with this?", to which Bob answers, "Oh yah, yah I can..." in a husky voice, was sexual harassment or not. Talk about fucking entrapment - I think they set Bob's ass up, Jane was clearly flirting when she licked her lips and batted an eye before speaking to him, wearing an unprofessionally tight skirt with visible pantie line. Hey, the narrator said pay *close attention* to the video - I was fastidiously following directions (just like I did during the Roleplaying session, but dammit, I got in trouble during that, *too* - I was improvising, you bastards, I took no pleasure in my distasteful actions in front of the group, I was merely trying to get into character).

Anyhow, I dutiful marked "SEXUAL HARASSMENT" on my check list lest I feel the sharp reproach of electrodes pasted on my testicles - as it turns out the only situation that was *not* sexual harassment was when Jane stood 50 feet away from Bob, and Bob meekly waved in tacit capitulation to his lowly status as an untrusted and incorrigible sex fiend. Did you guys know offering to get someone fucking coffee can be sexual harassment according to the whack jobs that produced those awareness videos - wtf?

Don't get me wrong, sexual harassment is bad and it angers me when it truly does occur, regardless of victim or perpetrator, but it's frankly a load of horse shit that saying "Have a good weekend, Jane!" with too much enthusiasm could be construed as offensive let alone harassment. Thus ends my little diatribe and with it my employment chances at thousands of companies~