Hey - so, like - who here's been suspended for pulling the Dain? No one? Really? Are you sure? Come on, someone must have been because tonight all the officers of Legacy of Steel were suspended and our corpse off mini Aten poofed for, as some clueless motherfucker, a/k/a Blixtev, claims, we "Z axis exploited" on the pull, 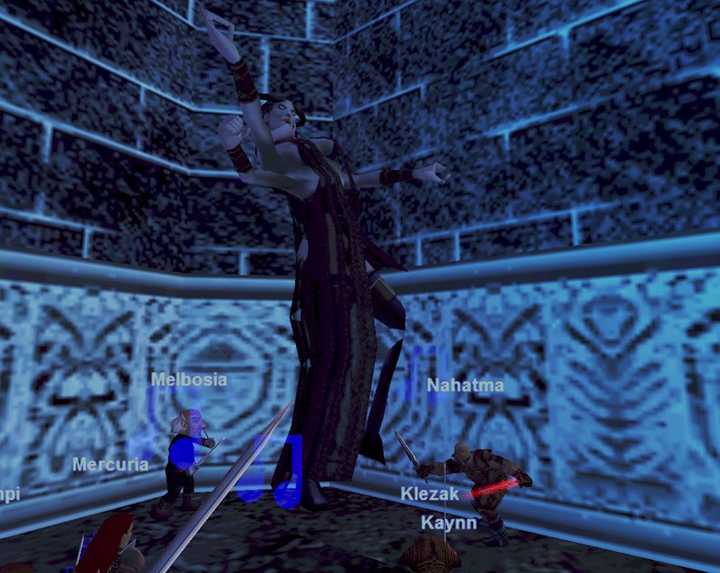 Hey, maybe you're just stupid or, but anyone care to explain how pulling the Dain is any different than this and it's legit for 1.5 years? Holy Jesus - better not watch fucking Vindi pull 4 times a day, you're not gonna like what you see there either, you dumb fuck. PS: The warders *are* down, Aten hasn't respawned from the last time we killed her and as for lack of content, that's Shawl 9 and 10 - the Coldain royals are still in place. Anyhow, since all guilds and all players are treated *exactly* the same, all the other servers doing VT *exactly* the same should watch out, too - right Alan?

Maybe Blixtev is just trying to get his 15 mins of fame on the web page, maybe even he was under the impression he was crafty and leet, waiting to poof the corpse right after the kill (hint: you're not), but I'm going to go with my gut feeling and call it "fucking retarded" - it's more than a little disappointing to see some customer service jack off who'd never earn a shot at seeing the inside of VT on his own come swooping in to ride our ass in a fit of retard rampage.

Well you go boy, think how fucking proud you must be - congrats - you did what lame zone design, gay mobs, fucking worthless encounters and even mindless key camps couldn't do: you ruined a night of fun for the Evil Empire - cong. I bet your balls are just clanking back and forth as you swagger around VI Customer Support with all 2 inches of cock wadded up in your meaty fist, jizzing to the chants of fellow cubical bound cocksuckers such as yourself who likewise have zero in-game experience beyond a "Greetings!" hotkey and hot cyber exchanged for favors, like flying out a player and banging her in SD then banning her former RL boyfriend. Hypothetically - cause we all know that'd never happen, customer-GM fraternization is strictly forbidden and such a grievous breech would have been investigated immediately - right Alan?

Raise the bar on what it takes to be a Customer Service Representative - that word is not just part of a weak resume working at a mall kiosk hawking cell phones. I could embarrass you guys further and post some screenshots of guides and GM's asking basic fucking questions which are almost laughable until something this asinine occurs and it hits home just how bottom of the barrel EQ's gotten. Fuck good intentions and fuck you guys down in VI HQ for letting things degenerate to this point - you had a good game and you had a great community, but stupid fucking stunts belie the hype: shit is rotten to the core in Norrath and San Diego - any dev/designer worth a damn jumped ship long ago, class balance is a joke, itemization is full-on Monty Hall, zones are buggy, encounters are busted and if SoV was a rushed delivery expansion, then SoL is a full on abortion. This final insult to injury isn't just roving clueless cocksucker GM's on power trips, it's that with all the incredible millions you guys are sucking each month, you can't be bothered to hire and retain competent help from, and here's that dirty word again, Customer Service Representatives - guess what? You hire at minimum wage, you get minimum wage talent. Don't get me wrong, VI's had some great GM's and guilds in the past - but you cocksuckers fired them or drove them off from equally inane internal politics and rules meant to bind and restrict - it's no wonder you're left with the current stable of bitter fucking gimps getting revenge for all those times they got trained by specs in Oasis.

Hey - any games in beta need a high end raid guild to check our your content? Email me - tork@legacyofsteel.net! In case you fucking retards don't get it, check out the logs from your high end guilds - I'm not trying to brag, I'm pointing out an honest fact: raid guilds get you guys a lot of attention, a lot of free press and - summary for the financial fucks: $$$$$PROFIT$$$$$ - right Alan?

I really can't express how angry I am right now, but I'm at ground zero for a real watershed event: it's time to go. It's never been more clear it's time for another game, you cocksuckers just aren't interested in making EQ better and we're the stupid hopeful fucking fools who continued to hold out when it's high past time for you fucks down in the Brain Trust to have pulled your head out of your asses and made a palatable product. Stop making content so utterly fucking gay we're forced to keep corpses to nurse keys and CoH spots - cut and paste probably seemed so leet when you were designing a zone, but hey guess what? It's fucking lame. It's fucking lame that you abandon zones (inner Acrylia, anyone?) and content because fixing them would require thought and effort - probably asking too much, I know - you guys are the same fucktards who thought a DT every 15 seconds for a 40 minute fight was acceptable to release. You don't even have the common decency to disable dead end quests and story lines so the intrepid players who refuse to break down and read the spoiler sites don't get the shaft after wasting God knows how many hours only to be greeted with a broken combine or sent scurrying around searching for non-existent items. Me personally, I'd be embarrassed to ship that kind of shit which so obviously screams, 'ONLY 22 MORE SHOPPING DAYS UNTIL CHRISTMAS!" with my name on it. The credits to this expansion read like a blacklist to future work in the industry.

So guess what, cocksuckers? We're going to start really playing the game on our terms, and like in Animal House, you'll probably be happier later in life if you weren't here right now.

I'd call Blixtev's maneuver tonight a Pyrrhic victory, but first of all half you motherfuckers wouldn't go scrambling for the dictionary and it's eloquence would be lost, but in truth it's not even that: this is horse shit and if it's not too much trouble to pull that dick our your mouth, I want some fucking answers. I trust someone there has a clue - right Alan? 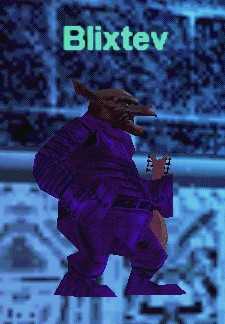