For true, Chuck, and the Evil Empire works the same way - take, for example, Empfest 2002 with 3 Emp runs (thx patch) - we either owned in a flawless under 23 min kill with 68 or we absolutely sucked cock and beg for more with 70 in a 43 minute fight were we legitimately lost 5 times, winning on due to some real heads up play at critical moments and rod teams of own. I won't even talk about last night's Emp, it was said you know you suck when a tank dies to blood and things were downhill from there with snake-a-mania running wild on us - thank God for cleric melee. 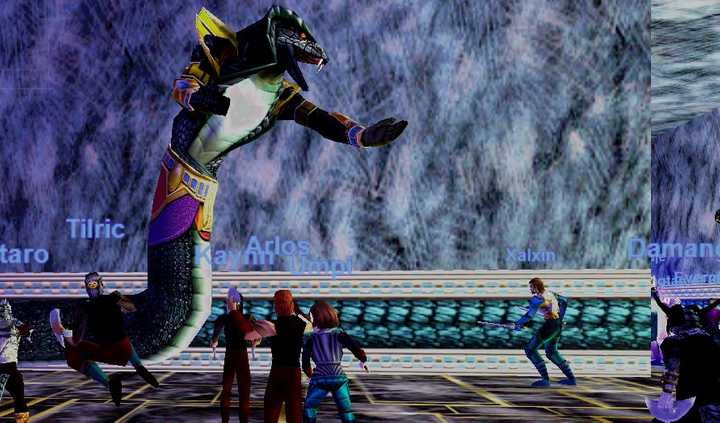 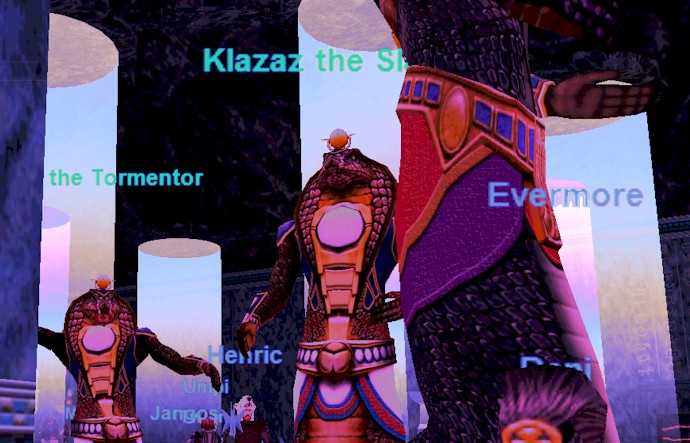 At least we can still pull of The Money Shot,

In closing this Tale of Two Guilds, don't think we're limited to the confines of Ssra, ho no - we can pull a Dr. Jekyll and Mr. Cocksucker anywhere~ 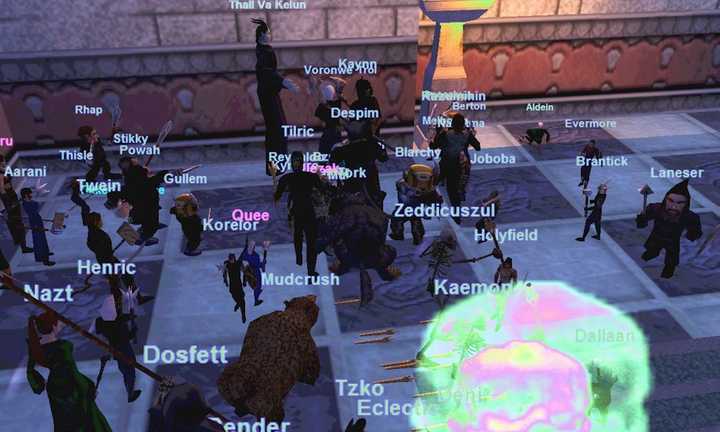 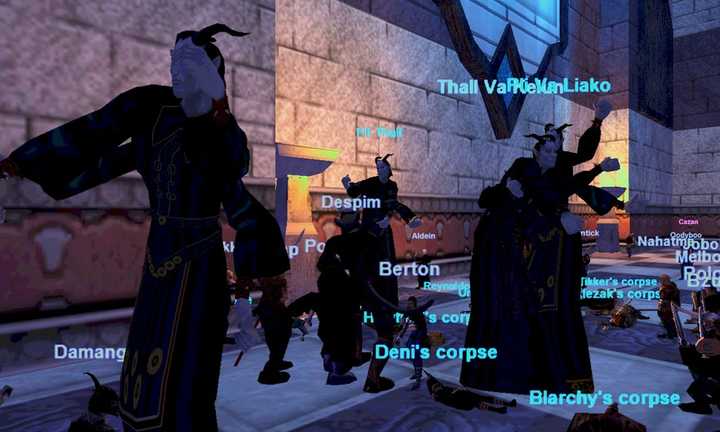 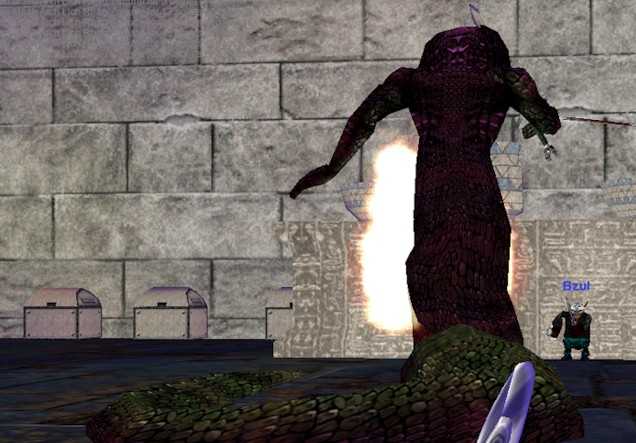 Anyhow, we scored much of the good stuff along the way and especially off Emp but no fucking robe, yet - wtf? We've gotten the shaft with *2* bridles at once before, but never can catch a break. Oh well, I'm not one to whine about shit needlessly but with our luck next time will be a pair of 2hs and a bridle or something equally gay.

Some guilds took this time to crawl around VT, but the Evil Empire really needed a break (and not the Blixtevesque 2 dayer) from that place. I hear really good changes took place, but I fake LD when the guild starts to move so I couldn't really say - CoH still works but autojoin is a son of a bitch when you're trying to hide on a mule until the clearing is done. Good first step to itemize Eom's, though the very best suggestion I read on the boards was to have random AA point capsules - a terrific incentive to actually *do* the content since many raid guilds find it taxing - which leads to burn out - to grind xp for AA's, keep 60, raid and yet still have a life. The drop rate needn't be high, maybe 20%; you kill ~20 Eom's in a long night and 4 people get an AA point - seems fair to me.

This actually brings up another point - what happened to raid xp? Maybe I'm missing something, but it seems a clean and easy fix: set a toggle for chat channels: raid

Evil-Empire is now a raid channel.

And if you're in the same raid channel as the person credited with the kill and within, say, 200% of the normal xp radial distance from the kill, then you get a portion of the xp - just turn off raid when you're done and regular xp rules take over. Sure, I'm glossing over the details like checking to make sure a solo wizard doesn't tag along and KS the raid channel for mammoth xp, rebalancing xp off boss mobs, super-groups, &c., but that's what testing and caffeine are for~

Exclusive to LoS, our team of mad hackers (gr33tz to sh4wn) have uncovered some PoP loot and we're going to be the first to break it anywhere! 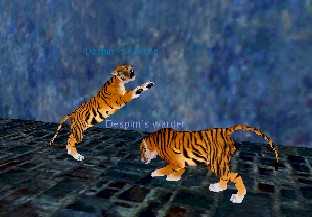 And you fuckers thought bugged warders were only good for rampage