NAMELESS - MONDAY SEPTEMBER 23, 2002 - It is with great excitement Legacy of Steel formally declares the Legacy of Steel Primary underway. Three members have announced candidacy in the primary,

A joint Primary-Presidential debate will be scheduled in #nameless.trade during primetime usage hours as soon as all candidates reach a common consensus regarding debate form and decorum.

Watch for news from the Legacy of Steel Press Office - full election coverage all this week (plus the usual GM antics)!

The Press Office would like to point out all spelling and typographical errors are intentional and reflect the original fucktards' quote(s).

Stalkers have sent me some really fucked up stuff before - my email inbox is a veritable DMZ between EQ and a prison stint, but every once in a while I get something that, for whatever reason, really weirds me out - but this - this is beyond anything I've seen before... this scared me in a way Mapplethorpe could only dream: 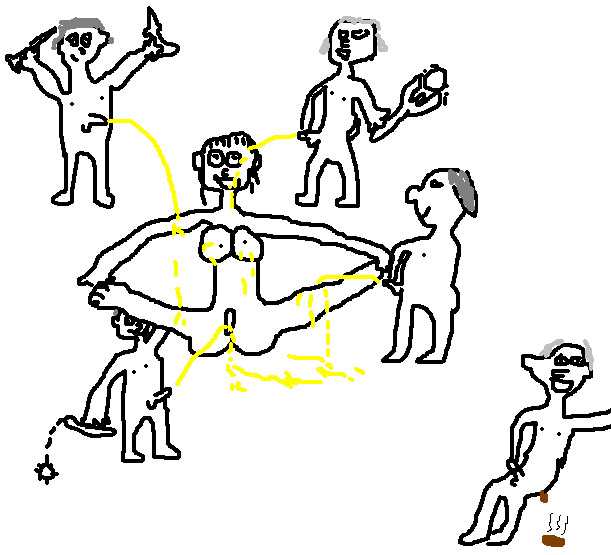 I'm speechless - really, how could one follow that up?