Hard of the Core

4AM is when most people should be sleeping and the unfortunate are waking, but with patch day random timers sequenced for European primetime, the Late Night division of the Evil Empire was in VT, doing some old school ganking to clear the place out - DXXT/TVK/DXVT/VXAHR/AHR all down and at times, it was reminiscence of old school PoF days with bold face, "5 more mins until boss!" and "1-2 more pulls!" lies when GoP threatened. What amuses me most is that those lines still work. ;) 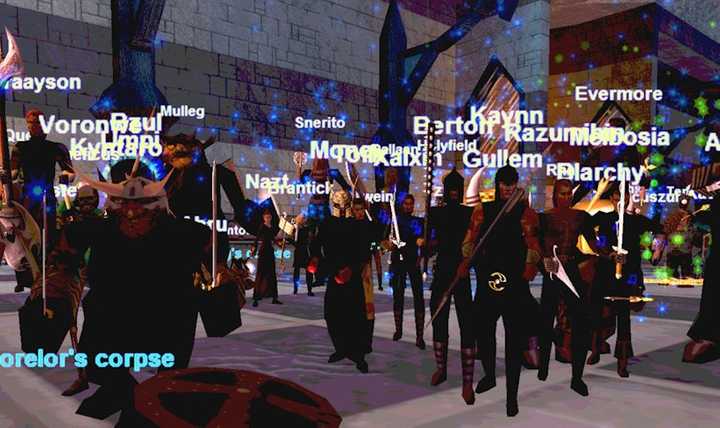 Late night raiding is actually my favorite time in EQ - the mood changes completely, done are the mundane afk's for dinner and concerns about due assignments or being up for work fade away to a resignation borne in the din of caffeine and addiction err... I mean determination. The guild gels past that critical 1AM window, and we really start having fun, enjoying the sense of pushing ourselves beyond what's normally considered possible - or normal, healthy, sane, &c., plus the stalkers get all freaky with web cams (I shit thee not~).

I assume by now most of you have heard or read VI's grand plan to fix shit - if you haven't, then I suggest you take the time and do so now, it will affect you.

Where to start is difficult, but despite the obvious monk reaction, I understand why VI felt the need to do something - and I don't think the monk thing is going to be *that* bad, but yes, some monks are going to die under previously survivable circumstances. This sucks for pulling, and from a guild standpoint, sucks to lose excellent RT's - but I actually did find it silly a monk was preferable to a shadow knight/paladin (and at times, even warrior) for rampage. The real solution would have been to fix the bugged rampage list such that FD wasn't an issue, fix busted mitigation calculations and to increase sk/pal tanking - but that sounds suspiciously like common sense, and I'll move on.

That said, the other changes are completely gay - not a single redeeming quality. Many encounters will (should) need to be examined for possible tuning - and you just know with PoP right around the corner, VI can't give the proper amount of time and testing required... very disappointing, to say the least.

The manaburn nerf is not wholly unexpected however I completely disagree with the spirit of the nerf. For many wizards, getting SCF and manaburn was a redemption from the kludged bane spell bandaids-over-bulletholes of the past, and really, what's so God-awful about 6 MB wizards ganking a few spawns, 3 expansions removed? No one gets MB without a considerable time investment, and to make it truly effective, those same players all clearly worked hard to obtain excellent gear - please temper your anger with the facts: EQ is never going to have 32k hp uber mobs again. Much of the public out cry was MB syndicates preventing players from obtaining bottlenecked epic components - that the argument now shifts from "I can't kill Vox at 53rd and Gore is impossible!" to "I have to pay 50k!" - essentially players complaining about going from *zero* chance to just camping OS a bit longer - is a touch ironic. It is just a bit of sympathetic smokescreen diversion thrown up by VI - rather, I honestly believe VI latched on to the misconception MB was a means "for a group of wizards to destroy powerful creatures with zero risk" vice any concerns for the afflicted players. Some of the best fights in EQ are the close ones, where having your wizards unload MB as TM mobs get loose, clerics run OOM and people are dying left and right, makes the difference - with an admitted miniumum 1 minute per shot cockblock, the stated intention of "a powerful ability that allows a Wizard to do massive short-term damage" is pretty much negated.

VI mentions more dynamic methods of healing with the new 7500 hp CH - that nerf by itself is no big deal, and truth be told, getting your best heal at L39 was kind of ccc and wuwu, but I am still forced to ask, as encounters are currently staged, why is it surprising players take the path of least resistance with MT+CH rotation, and if VI dislikes MT strats so much, why design every encounter for the past 2 expansions around such? Even before AA's, with proximity aggro from Velk to Vulak and Rhag 1 to Aten, what was the intention if not MT? Despite the addition of low resist mob AE's/DoT's, it still becomes advantageous to have a single character tank such that secondary healers shine - I can only assume the new CH lite was meant to shore up druids and shaman for just that reason in anticipation of PoP.

Even with all the changes coming, for any other approach to be preferable will require *drastically* different encounters and/or aggro model, and I don't mean simply more ring-type or hoards of TM'd mobs; after AC RoF and the burrower parasite, those aren't innovative, they are tedious and, frankly, annoying - sometimes I find myself wanting a Fast Fwd button or hoping the Ring will autoadjust to keep waves challenging. Maybe the EQLive team is out of juice, so go talk to your network engineers - if they can load balance and packet shape for 40k-400k players each night, 8 dynamic worms for 50 people should be cake, but I digress. And just like while you can vary the intermediaries in Quake from 1v1 to CTF, your basic MO remains to frag the other guy first, so as long as the measure of success in EQ is "repeating the same motions until the Large Thing you are facing,(sic) eventually falls down" - and I've seen the previews of PoP and heard the whispered leaks, there appear to be a goodly number of Large Things which to beat on, you'll forgive me if I have my doubts.

And now, the real homosexuality - the mod rod nerf. It becomes difficult to wrap my mind around the sort of genius that thought making a single use, one minute recycle, target-to-summon nodrop change would be an improvement. Just on the face of it, and even with target reply, how suck ass will it be for mages to have 2 banks of /target cleric_dd hotkeys? Probably another VI misconception regarding manapools, but, again, without massive change, we're headed for either 25 cleric CH rotations or cue the gimp squad - your mobs and encounters have finally arrived.

The real insulting, or insidious, depending on how cynical you've become, aspect is that rods for personal use now represent a mana deficit, and given that mage mana regen was balanced with rods in mind, things are pretty grim. What more can I say on the issue - shitting rods might have been as much bane as boon, but it was extraordinarily useful. With such sweeping changes, VI must have thought this through - so they are aware we're just going to be shitting the crappy original mod rods because keeping the MT up is more important than a few resisted nukes, right? GG on being able to use /pet attack again, though.

So what's old is new again - back to necro twitching, but that was oh-so-popular before, remember?

A bit tangential, but it's worth mentioning: why do necros get MGB if the only use is group DMF? Kick that off in the bazaar, sure it's funny, but it's not 9 points funny. If MGB worked with necro group taps then maybe it'd be worth getting, but even that's a stretch.

This brings us back, though, to the crux of bitching, in that after 3+ years VI is out of touch with its creation. Two seconds of analysis on the above changes implies when a caster dies, that caster is *out* - maybe from a true roleplay perspective that'd make sense, but of course, for me to buy off on that, when you can die, camp, log out and come back the next day and still be on rampage... well, that would suggest a different sort of primacy to *fixes* better serves the game... oh wait, I feel the awful weight of common sense smacking me around again. 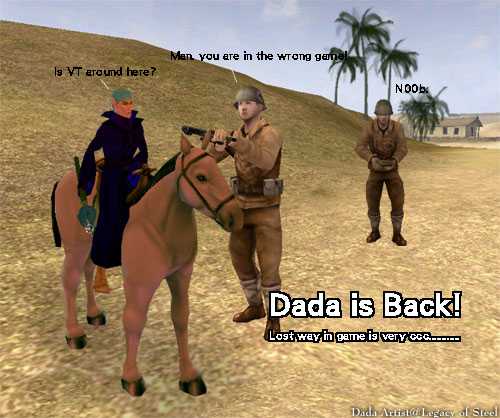 WTF? Someone please translate this or at least tell me what language he used.