And Ended with Rigoddamndiculous, Part ]|[
...Mmm It Does Go Well With The Chicken!

Hot dammit, we got hosed again. I had this update ready to go after a weekend of own, including the rarest of all EQ beasts, a Saturday night raid with mobs actually up at the ass end of an expansion. But hey, you win some, you lose some, and we lost this one, baby - at least I finally got to experience what a Patch Day and random spawn timers must be like for those on euro/asian time when Ssra went down and came back up during primetime... it's magical... mobs are up, and they spawn at a nice leisurely pace so you don't have to complete with other guilds, when you kill one, decess and another pops - I bring my fellow Americans proof of things thought long extinct in our lands! 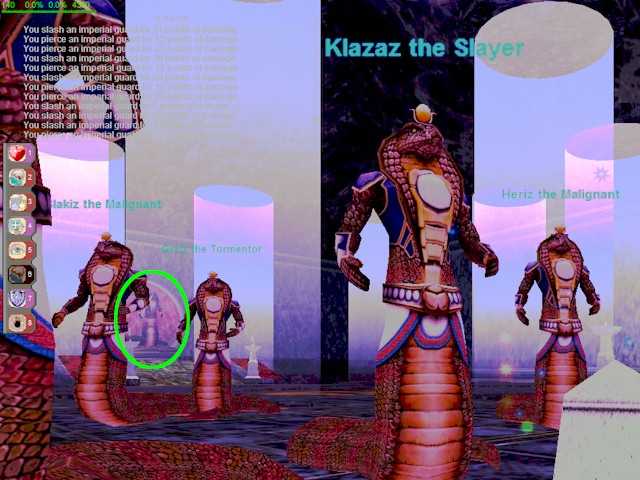 Anyhow, let me preface this by saying I'm going to try and be civil about this one, but straight out, it's complete horseshit and VI needs to train its GM-Admin staff to understand the intent of its oh-so-holy content that we get shit on and suspended for by passing - I mean, if it's so fucking good, then why not make sure *everyone* gets to experience it, including the Game Mastahs... I wouldn't want anyone to miss content so compelling even zone dev's sploit their way past it, but I ain't one to gossip, so you ain't heard it from me~

For those not familiar with that abortion of a zone known as VT, it works on the principle of mindless clearing of 4 armed Akhevans, robes (which for some odd reason aren't undead) and your token black goo - he was bussed in from HS - to reach either a set of twin minibosses, the diabo triplets, boss mobs and then, finally, your money mob, Aten Ha Ra. Again, a pair of two more black goos were thrown in - quota? The boss mobs are tied to Akhevan Warders, non-targetable, unkillable mobs which are in place to force guilds to clear content in a specific order lest they be ported near kaas goo's hall of death door - bring your own tiny coffin to the party afterwards.

On the face of it, this is pretty gay, but don't worry, we're talking about VI here, and so of course it does get mucho mucho mas gay - the warders and their respective mobs are under no special compunction to spawn at the same time, meaning you could proceed in a perfectly legit fashion, and find yourself fucked at the end by killing a boss mob, only to have its warder pop at some point later - and there's nothing you can do about it, aside from petitioning for GM assistance to despawn that particular warder. This is what's known as a bugged warder, and generally the GM will purge the late spawning, and hence unkillable, warder. It can get tricky, however, as VT, layout-wise, is set in mirror, offering separate paths for a guild to race take, and so some warders are tied to two different mobs, killing either will die spawn the shared warder. Clearly, in some circumstances a warder will pop before its boss mob - which brings us to the present.

The obvious solution to this circumstance is to wait for the parent boss mob to spawn - VT isn't very much fun to start out with, and you can imagine how enjoyable it is to stay huddled in an annex to what serves as VT's leveled narthexes, (not so) affectionately known as cubby, waiting on whacked random 6.5 day spawns. But that's VI's idea of fun, that's the *intent*... that's *content*, and it must be done, in that order - or you get suspended.

Unless somehow you've found the cure to what ails you - today LoS was staging for a good chess match and race to Aten, with another guild which had by passed content to kill mini-Aten while TVK had yet to spawn. This presented a problem as TVK's warder spawned ahead of time - this is not, nor has never been (until tonight), considered bugged, however the other guild was able to successfully petition and have a GM-Admin despawn the offending warder, giving them a clean shot at Aten, which they took, killing him... her... it... whatever.

On the surface of things, this sort of ignorance and aura of impropriety demonstrated by the Game Master Admin staff, the ones who should be most knowledgeable about the game, the intent, the Vision™ and to be considered above reproach, was vexing enough, but as LoS was also in the zone and with legitimate interest and stake impacted by whatever actions the GM's took, or didn't take, it was outright offensive to be given the ultimatum to STFU or face a guild warning, moving us one step closer to being disbanded - even our officers were not allowed to communicate with the GM's in any form. That, lovers, is unadulterated horseshit, and to be intimidated into silence, browbeaten and then left ignorant but GM's more intent upon on... I have no fucking idea what they were intent upon, because their actions make no fucking sense... than actual customer service was insulting.

EQ CSR is wretched - response time is measured in *days* and it's so fucking hard to get a GM now to even log on to the Nameless to answer petitions, I should probably be happy they bothered to even show up so I can see they still exist - how foolish am I to think the non-Legends scabs actually had a clue after a hard night of ignoring days old petitions requiring immediate assistance?

In truth, I get so fucking mad when I think about the utter gall it takes to shrug off players asking legit questions and pointing out immediate and direct conflicts between policy and action when the person committing the action is so clearly ignorant - yah, VI's got some good CSR people, but they have this annoy habit of running them off with internal politics so incestuous even the Brits would flinch. Seriously - when players have to explain to the GM's how an encounter functions or, even better, how to interpret an item stat screen... or what Focus Effects are... or how tracking works... there is a major problem, and one I'm no longer interested in dealing with. It's probably *too hard* to get the warders and bosses to spawn at once, I understand, but at least it was easy to cancel my PoP pre-order. I like my guild and there are people I consider awesome friends, but VI - your fucking *game* as entertainment sucks ass. I look forward to seeing the upcoming 48 Hours "investigation" as addiction is about the only thing you've got left retaining customers - trust me, it ain't content.

In closing, since we couldn't say anything in-game, let me say something - just me to you, VI, k?

So from here among the groundlings, my only consolation out of this whole gannfest is that with your explicit promise to provide Premium Customer Service to the rich kids on Legends by fleecing them out of 4x the normal monthly fee is probably gonna land you in front of a rich kid's golf buddy, investigated by the FTC for fraud.

PS: TVK spawned about an hour later - wuwu and ccc, we meet again.

How fitting, I check my mail after today's festival of gann, and booya - from the guy who brought you the controversial work Gnome Sex Party in Pop, I give you: 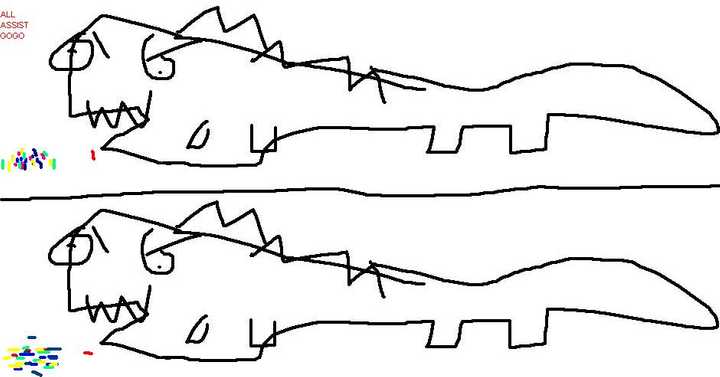