Lots of Shit Dead!
Tork slacks with the updates! 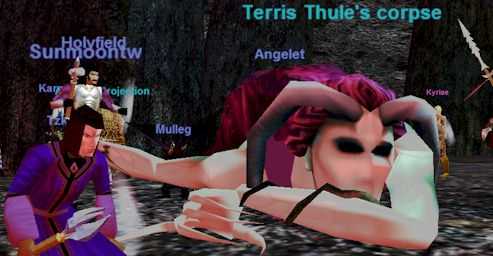 Actually the TT encounter is a lot of fun - and if someone says they won the first time without Safehouse spoilers, they're full of shit. TT alone was more enjoyable than all of VT and the loot sucked. I am sincerely glad to see the return of fights which require some strategy and tactics vice pushing 'a' and then going afk for 40 mins while your clerics/mages/shamans prop up MTs - even burning down Trak, with its rate limiting factor hardware which forced you'd people to balance damage Vs. numbers lest the entire raid go LD involved some planning, especially in group composition, placement and charging, was more innovative.

I have high hopes that as more of PoP is cracked open we'll get pushed harder and harder to think, compose an attack and execute it successfully, but I'd ask please don't reuse trials and character flags ad nausem; while the intent to stratify guilds and encounters is a good one, having so very many flags off fixed duration raid-only encounters screws even the most hardcore player - RL, net connections, zone/script errors and 1018 bugs among others can leave you out in the cold, and with flags building on one another (again, good on paper), if you miss the initial flag as above, then you're locked out of subsequent encounters until your guilds goes slumming.

Oh, and what's up with some flag mobs not being on random timers? Now more than ever, being at the mercy of patch day sucks - PST guilds get fucked in the ass by 5 PM after the Asian/European guilds polish off all the initial flag mobs, effectively cock blocking not due to talent or skill, but location and a Safehouse bookmark. It's ccc and wuwu to be unable to progress to the higher planes as your flag mob is down, while those who killed it, received the flag and are good to go are... off killing Kaas goo. Surely this wasn't the intent, but I can assure you in the days, weeks and months to come there will be major drama if key mobs which are not player spawnable aren't on random timers, and I mean wide-band random timers, not +/- 2 hours from the server coming up.

Which brings us to the PoV dragon, and a picture says a thousand words: 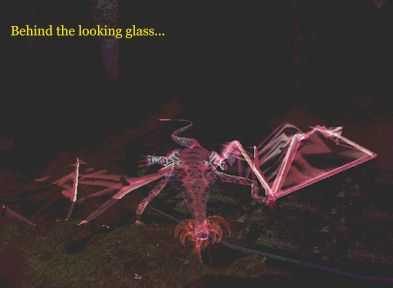 But hey, you win some, you lose some and occasionally you do both at the same time - like killing the dragon and having warping/summoning mobs lay waste to the zone, and that takes real talent, but to do it and still not get flags because you're all dead? We fuckin' own. And to those who asked - yes, you're entirely correct, we intentionally did that - there's no fooling you, is there?

Anyhow, belated Happy Halloween to you freaks. I actually like the fun aspect of Halloween, not the horror films (yah, I'm a pussy), but the chance to dress up in a costume, do the make up and act like (an even bigger) fool. This year I decided to be a Cowboy, and I did it right with the Wrangler's and a Stetson. I felt like fucking Clint Eastwood when I hopped out of my truck, Chris Ladoux blaring, and walked - no, swaggered up the gangplank and into the office. I knew I was going to win the yearly competition, I was a two-time champion, after all - like I said, I like Halloween.

But I got fucking robbed.

I got second place.

Dressed up as a HOOVER VACUUM.

Hot dammit, how can I compete with a girl licking her lips, wearing a see-thru garbage bag?

But anyhow, enough bitching. Sorry for the late update, this week has been a painfully busy balancing act, so here's a real treat, some more of Dada's awesome work. 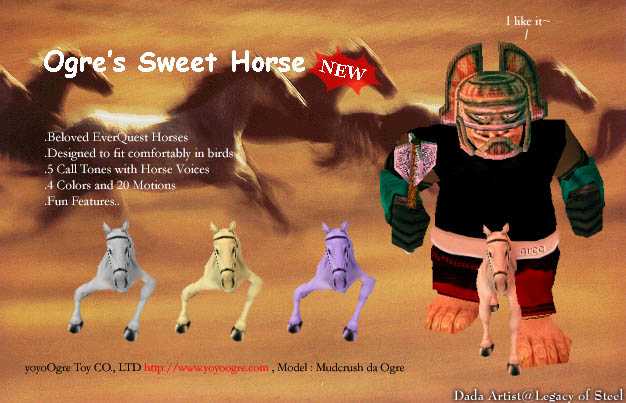