After countless cock tease patch messages promising random spawn timers, it looks like VI finally got them right - and it was jiztastic to log in and find spawns on a patch day. Of course, it would have been better if I posted this right after the patch, but hey, you win some, you lose some and I had to work. Anyhow, not ones to waste any time with the rarity of certain mobs, we put the Zek brothers to bed, 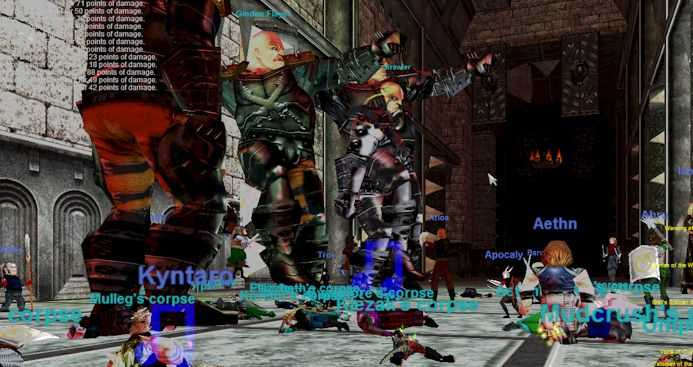 (but fucked up the script for RZ wuwu)

cleaned up the remaining HoH trials and then were left standing there with 50-something people... well clearly Mith Marr had to die~! 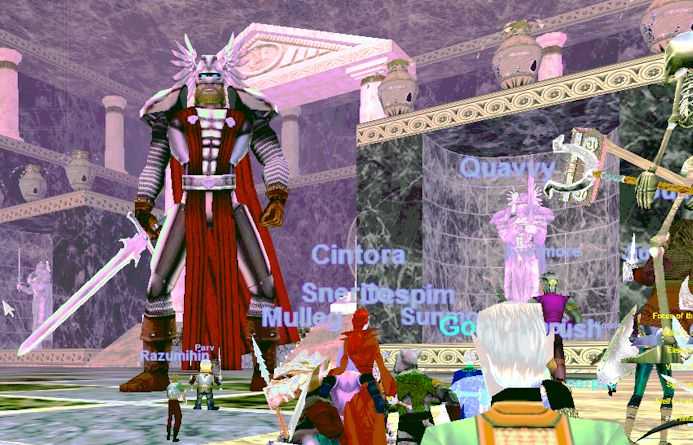 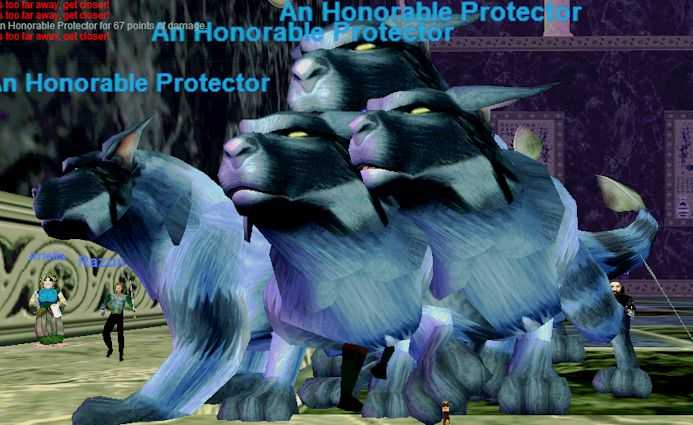 Regardless, we had fun and were rolling on the dude until we lost the MT at 24%,

It was downhill from there, but from not knowing shit to that kind of ownage, I was happy. Next time he's going to take it face down, just like all the other paladins in this game. Much NOT GAY love and huggles to VI for finally getting random spawn timers to work - now fix Fleet of Foot, hot dammit.

As for Trolls - I, like everyone else, was playing around with the glyphs and runes, which the SK's are now speculating on, and see another expansion is in the works for EQ. I don't know what to say exactly - I actually really like the backdrop and the additional lore/implications to the original EQ continents owns, but at the same time I'm wary...

It's funny, as far as we've all come in EQ, the times I look back on best, admittedly with rose-coloreds in full effect, are when EQ was new - especially when Nameless had just opened up, and doing that low level stuff that everyone sort of scoffs at now, pleveling through to reach the questionable heights of the end game. Don't get me wrong, doing PoP has been fun (fuck SoL, I'm still bitter), but it's very different from the thrill of barely killing your first gnoll in the Karanas (God help you an undead one spawned) or one of my favs, those bugged DW gob pets in LR before it was fixed~ So anyhow, I'm wary because I want what's old to be new again, but I don't want them to screw it up - we'll see.

In closing, Merry Christman, Happy New Year and Happy Holidays to whatever you're celebrating this season from your friends in the big happy dysfunctional, drama-prone family known as Legacy of Steel.