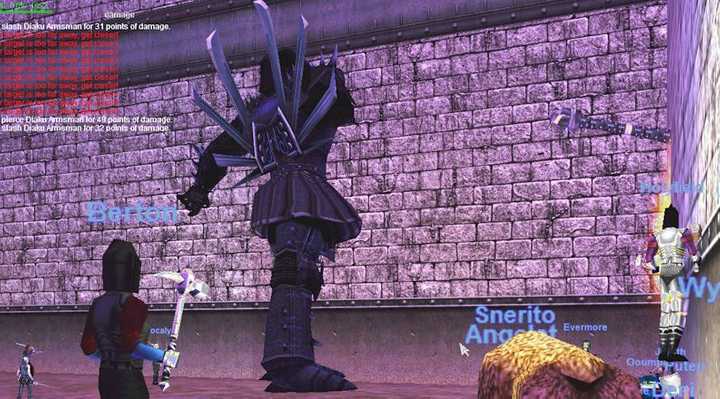 Fucking finally - after a kick ass recovery from a week of failed attempts and � a bottle of THE Glenlivet, THE Evil Empire dropped Rallos Zek in flawless fashion Thursday - well, Reynaldo died, but dead rangers don't count... in fact we kinda encourage it~

The only thing that kinda sucked, besides me getting writer's block yesterday, was the ignominious necro kill shot: 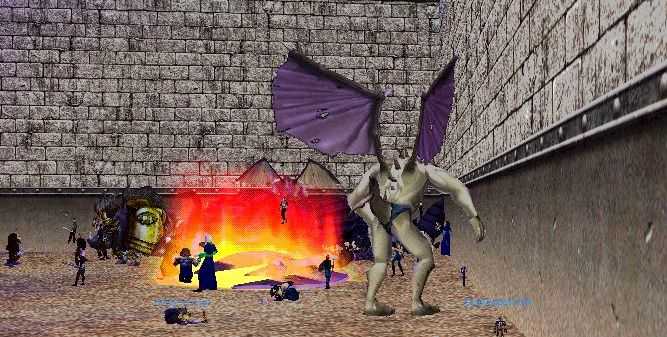 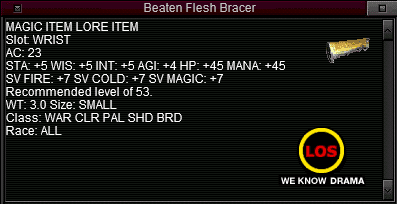 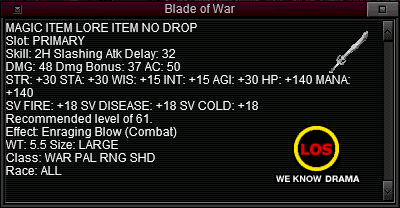 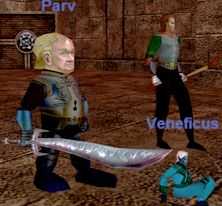 We've been using the our time wisely, feeling out the Elemental Planes, 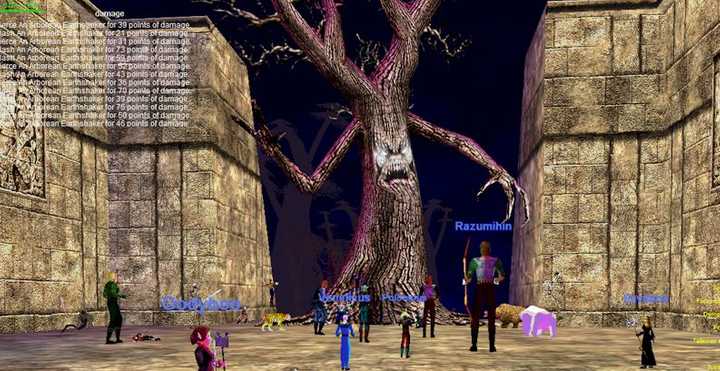 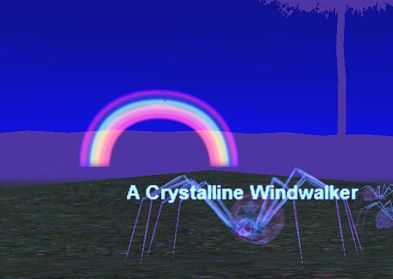 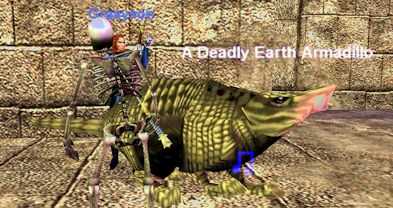 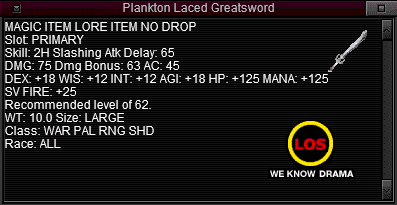 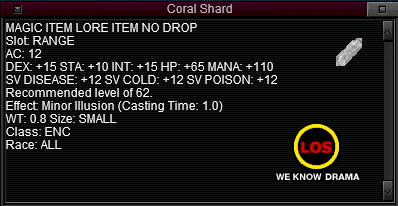 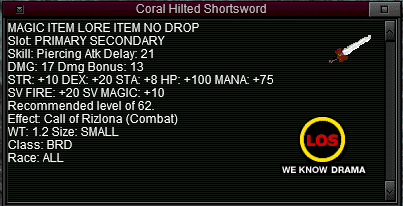 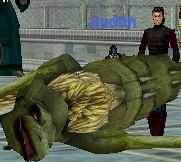 and I was really looking forward to a whole week worth of exploration - that's the best time in EQ, the uncertainty and the fun of not knowing what all is next and full well expecting the eventual wipe out, but some cacks crashed PoTactics just to XP in the pit. I'm not hallucinating black helicopters, these assholes freely admitted doing it, and not just in PoTact - they know just as well as we do the GM's won't respond to petitions, /reports, &c. I guess I'm glad RZ is back up, since some people got fucked out of legit flags and I want to help them get on with PoP, but it still sucks ass this rampant zone crashing continues - TEE HEE!

All said, though, I'm impressed LoS was able to turn the corner on a night when we had every reason to just say piss on it and log - I'll admit it's been fucking frustrating to lose in nearly every conceivable suck dick way, but it's also an opportunity to further my research.

Let me explain: Have you ever found an experience that left you physically and mentally drained in a bad way, such as arguing with the return desk at Wal Mart? Have you listened to a TV infomercial and thought, 'I am getting fucking dumber by the minute' before unconsciously drooling on yourself as you reached for the phone to order? Well, bad news: it's not just your imagination, it's a real, and most cases, permanent, loss of intelligence. I don't mean to alarm anyone, but if some of you lose a few more brain cells to this infectious stupidity, you're at risk of becoming talking chimps. In fact, this applies to a troublingly large segment of the population, which is why I am trying to quantify the effects of stupidity, known clinically as "fucking retarded" - especially mass stupidity writ large.

I feel this is going to be some ground breaking work, and while there is no cure, perhaps this will be the watershed event eventually spawning treatment (such as self-sterilization). I'll share some of my preliminary findings at this time, and continue to collect data from my band of retards in the mist.

I must stress the preliminary nature of these findings, and I will remain vigilant in the field - but as a bonus, I've found it often helps to go into my research mode when the shit hits the fan. Switching to a 3rd person, semi-detached mode, much like an EMT at a bad accident scene and uncoupled from the more base emotions, I can attempt to analyze a circumstance and collect more empirical data in the quest to find out why, for instance, test subjects insist upon breaking mes, sit instead of stand on the pull or tag ghosting mobs - these vexing and troubling issues represent but the tip of the iceberg for modern man's struggle against infectious retardation.

Anyhow, special thanks to my research assistants (you know who you are) - once more into the breech, dear friends; once more...