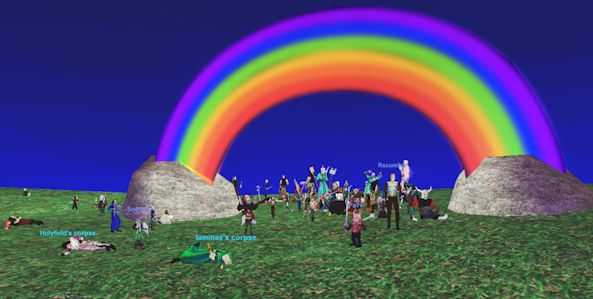 It's the word I hear 1000 times a day, usually appended with the word "asshole" or similar - and that's just from my guild. A bit of explanation is in order, certainly. To be clear, LoS isn't in decline,

We're not movelogging, and no, the last time I checked, we hadn't been suspended or banned - but I'll check with Blixtev tomorrow and make sure.

No, the reason you've been greeted with a startling lack of updates was collateral damage, falling victim to my hubris, now punctured.

For those not familiar with running a popular website, it's not cheap - hosting fees, bandwidth, administration and registration all cost money, and that's before the human costs of providing the content. LoS was very fortunate - Tigole and Draed have been huge sugerdaddies, but the time came for the members to step up and assume responsibility for what is a showcase of our accomplishments (and luckily for you, my penis stories).

So, as I tell the teeming stalkers, I was holding my guild hostage to kick in their fair share of the expenses. It's simply not fair to those that did and do contribute so much to the guild to get further taken advantage of others who are content to ride on storied coat tails. LoS might only be an EQ guild, but the people behind the characters are real, the time commitment, the trust and camaraderie are real - and so should be the respect.

No justice, no peace; no dues, no updates - this was a matter of principle beyond the simple, almost laughable, sum of individual money. Principle - I am a slave of duty and my duty is only to clear. I abhor your infamous calling; I shudder at the thought that I have ever been mixed up with it; but duty is before all - at any price I will do my duty. At some point, however, I must admit even I became embarrassed with no updates, and plus that fucker Bender was getting way too much face time.

So, now, for nothing more than personal enjoyment I will commence with the updates once more - I'm not asking anyone to agree with the choice I made - at best, I would hope you the readers and my guild would respect the motive and morals behind it. It was never once about the money. More than anything, thought, I am disappointed - not that this tactic failed to elicit any sense of similar duty amongst the slackers in the face of a waxing din, but of the base lack of respect it of which it speaks. Your comments, concerns and questions are always welcome - tork@legacyofsteel.net or send me a tell in-game.

And Now For Something Completely Different

So anyhow - LoS certainly has been busy as a one-legged man in an ass kicking contest, but I can't tell you the number of times we've all yelled, 'FUCK EARTH' in frustration - you name a way to fuck us in the ass and that zone's done it, without even the courtesy of a decent reach around. The shit of it all is that the rings aren't difficult, they are simply long, tedious and buggy - I think some of the dev weren't paying attention during Game Design 101: Making The Game Fun.

Even when a ring did reset properly, or a griefer wasn't setting off the Dust Devotees, or all the Triumvs actually spawned, the Arbiter was spawning under the world, or getting stuck in a wall or a GM was blowing us off when reporting these things. Finally, though, the sun and moon fell into perfect alignment and a right proper beat down was administered, 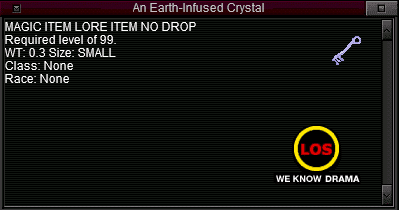 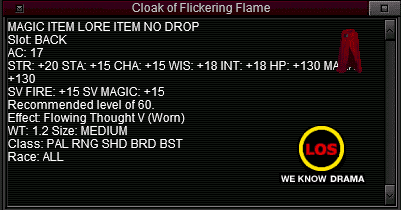 Other random stuff we got our grubby little hands on: 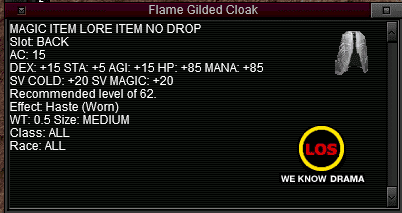 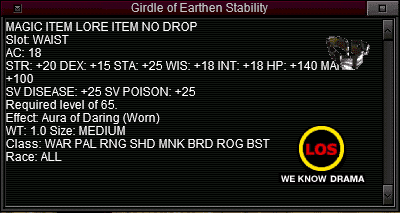 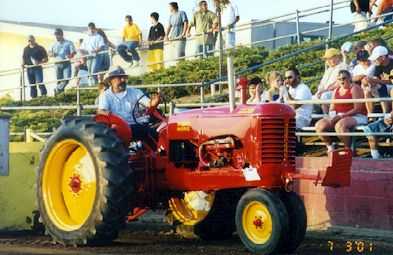 The only good thing about doing earth so damn much the past month - Peregrin. I'll be optimistic and say we've only done him triple the number of times your average guild will - once you have your keys, piss on going back for that train wreck of an event if at all possible, and who can blame the guild and its officers - doing such a time intensive event for one piece of only "decent" loot is gay. I'm not here to bitch about that, that's been stated many times - no... it's time for everyone's favorite section...

Zaar, you knew it was coming, so why fight it, baby?

See, Peregrin Rockskull drops Drums of the Rathe - the first real percussion upgrade for bards since SoV, and no I don't want to settle for those BoT ones - it's upside down when an exp group can more easily obtain very high quality items than a raid guild... almost as upside down as killing the big dragon and then having to "get more experienced" from killing the pussy yard trash, but I digress. Anyhow, as it (of course) turns out, the drums are not just rare, they are homogay rare - check across the servers and I'll be shocked if there are 10. Total. If the drums/Peregrin are wretchedly gay, then words are really lacking for the Rune Stamped Blade off Avatar of Dust, an encounter no guild in their right mind is going to be doing much if at all once they are keyed up for Xegony - and again, who can blame them, clearing up to spider island alone is a chore, and then the Sigi event itself is easily one of the most painful in PoP to date. Oh yah, and then you go kill the Avatar of Dust for, you guessed it, another exceptionally rare piece of bard gear in a sea of shit.

Can do - I'm going to be positive and assume the devs just overlooked little things like that, and will work towards correcting them. Part and parcel with that is the hope VI will remember to add in bard song mods to the high end PoTime gear - I've mentioned it before, but by way of example (again), although the Hydro mask is pure own, it's the Singing Mod that's really attractive for a bard. What happens when a vastly superior all/all 225 hp/mana FT X mask drops - I'd sure love to upgrade to it, but I'm trapped again by the singing mod on the mask a la epic all over again... except now I'm not slaved to just the off hand, but to multiple inventory slots. I still think giving us another set of AA's, 3 pts each, for the various song skills to bring the mod in line with the current expansion and then letting gear balance itself out normally for all players would be a much cleaner and clearer alternative solution. As it is under the current state of affairs, you're always going to have either (1) special case bard gear or (2) instrument mods on all/all gear - both of which have huge potential for omission given past itemization.

Jesus - I really have no idea what happened here. Things are normal (as normal as they ever get) and then this mysterious Moo'ing was heard... and it got louder, and louder, a crescendo of bovine might which knew no limit! 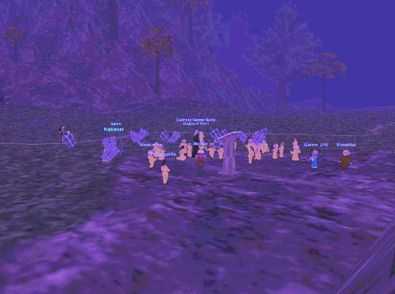 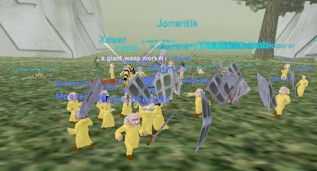 Quickly the forces of the Evil Empire were dispatched to crush this little rebellion of beef, 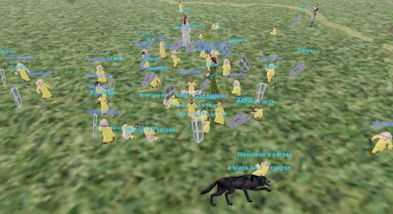 Let this be a lesson - the Gnome Liberation Front has been warned.

Ever wonder just how many mez breaks we get in one night and don't feel like counting all that "has been awoken by *asshole mez breaker*" messages on your screen? Well now all you need do is just run those log files through Mezbreaker Parser and it'll do the work for you!

Right-click here and Save Target As...

Oh, Desp, what would we do without you, you tard? Now, we've done Xuzl a ton of times, and it's not like it should be any big secret what's supposed to happen, but sometimes when you wish upon a star, magic happens, 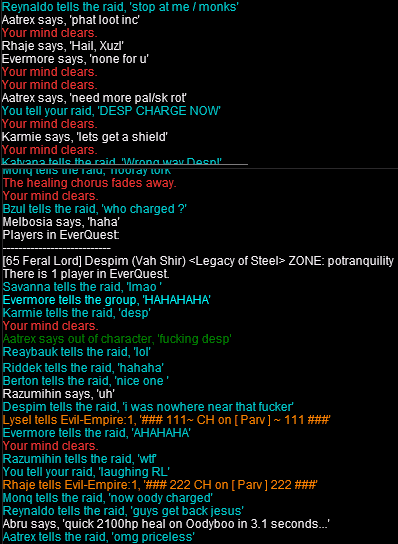 Post your best (or worst) under this thread - the winner may even get the vaunted Stallion Nuts board title for creativity. 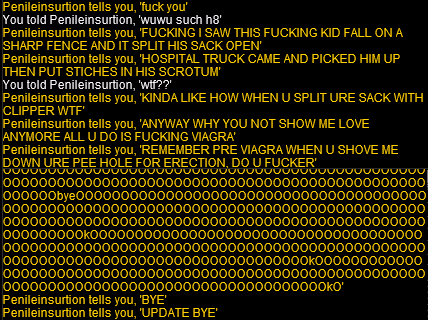 We're gonna get totally jablowned on bandwith as it is, so I'll post Quotes (and more loot!) tomorrow in a ninja update - trust me, there are some good ones~