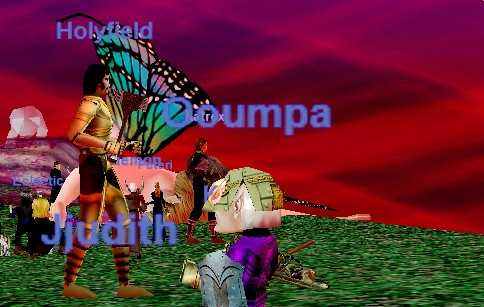 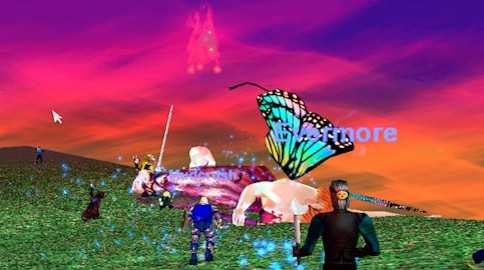 I've been a bit distracted, but thankfully LoS has been focused, mowing through the blessed content - of course, we're keeping up the fine traditions of the Evil Empire in PoAir, much to the chagrin and consternation of more than few GMs~

Actually, killing Babs was pretty fun - or I should say learning the encounter was lots of fun and then actually doing it was "eh" - the point of the encounter could have been made in half the duration. I don't think I'm spoiling it too much when I say killing Xegony is only an after thought with this encounter, but while I applaud VI for trying to give us alternatives to straight up MT/CH rot fights, this one is waxes tedious and wanes fun very quickly. And I say this as a melee - a bard even, one who is an active participant in the fight. I sympathize with the rotation clerics, for whom this fight is akin to a VTesque 30-40 minutes worth of counting to 3 and pressing a hotkey. Keep trying, VI - at least you're headed in the right direction.

If you're looking for a fight that's clearly *not* the way to go, it's PoEB Warlord - call it shaky aggro or mem blur, whatever, it's gay. Memblur fights aren't fun or exciting, nor do they smack of innovation - more like desperation. They are frustrating in the sense no matter how well you and your guild might play, if the random number generator comes up bad, you've lost. Where's the incentive to be skillful? Anyhow, we killed him, 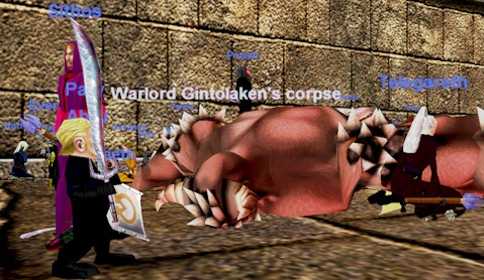 and I am very proud of the perseverance it took to get here, let alone to down him, but I can't help but be disappointed knowing each subsequent fight is a crapshoot.

Now this is a honest to goodness fun fight (except it's in water - fucking annoying) which requires superb communication and coordination vice massive numbers and tons of clerics. I love the short timer, and I'd actually prefer it were always the min duration, as it leaves you scrambling for an exciting 15 mins. Forcing players to press themselves vice press their luck makes each phase of the script an accomplishment - the pace also fucks buffwhores. Getting the right buffs quickly is important, but given ample time to obsess, too often players stray to the wrong side of preparedness by fixating on the minutiae, as if ac and hp alone will stand in the stead of skill in the larger sense of winning. I can't tell you the number of times we've had despawn happen when many were paralyzed to inaction because 50 people required "just one more buff" to go. Res Effects and Acid Jet - those are a real man's buffs. Don't wear out ghetto ae or the fast timer, but more encounters that similarly test a guild would be good.

Anyhow, I'm not a MT hater, I think it's got a place, and I'm not a designer so you won't get words like negative player competition and enforced group dynamics, but since it becomes impractical to do any thing aside from MT/CH rot for the boss type mobs, I'd ask VI to consider some of the other twists to encounters - a Trial of Lashing writ large, withering archer fire or that find the rabbit one who's name escapes me - sending out a team of ninjas to locate and kill a particular mob or accomplish a specific goal while the rest of the guild takes on swarm. Oh - and no escort-the-gnome shit - I don't know about you, but if I were in a hurry and people were trying to kill me, I wouldn't be walking and I doubt it'd be lollygagging every 10 feet. I might spout nonsensical gibberish with lots of typos, so kudos to VI for getting some of it right.

Outwar Cocksuckers Please Stop Posting To Our Board

And that was asking nicely.

I think most boards get hit by miserably lackeys from this site every week or so with some deceptive, false or misleading post containing a tagged link to a site which borderlines on half a dozen counts of wirefraud (just my facetious opinion, I'm not a lawyer - tee hee). What I've heard, 'heard,' mind you, is some admins are adding outwar and similar to their bad word filters, thus rendering any link posted as garbage. I personally would encourage other admins to take a strict stance against scum like this - the occasional direct link I could care less about, but not epidemic and potentially disruptive spam at expense to my bandwidth and everyone else's time.

A good deal of them are EQ players are in the military and I have gotten mail from a number of you who read this page - something I'm honored by - thanking me for the laugh. To the contrary, I thank you, all of you, those servicemen and women who are in harm's way that I might wake up tomorrow in a world of unbridled possibility, one better than I left it when I went to sleep, safe in my bed.

Since the first murmurs of this country were borne in the hearts of Men, those hopelessly idealistic dreams have been cleft from a unyielding world by the terrible and awesome price of men and women who have died for principle; the very willingness of which such sacrifices have been stewarded, through the tumult of those would seek to suppress them, the voices of Man and the chorus of Men.

I mourn for those who have fallen, but I celebrate their lives by making mine one worth having died to live. Take care of yourselves that you, too, will come back home to live yours - God bless.